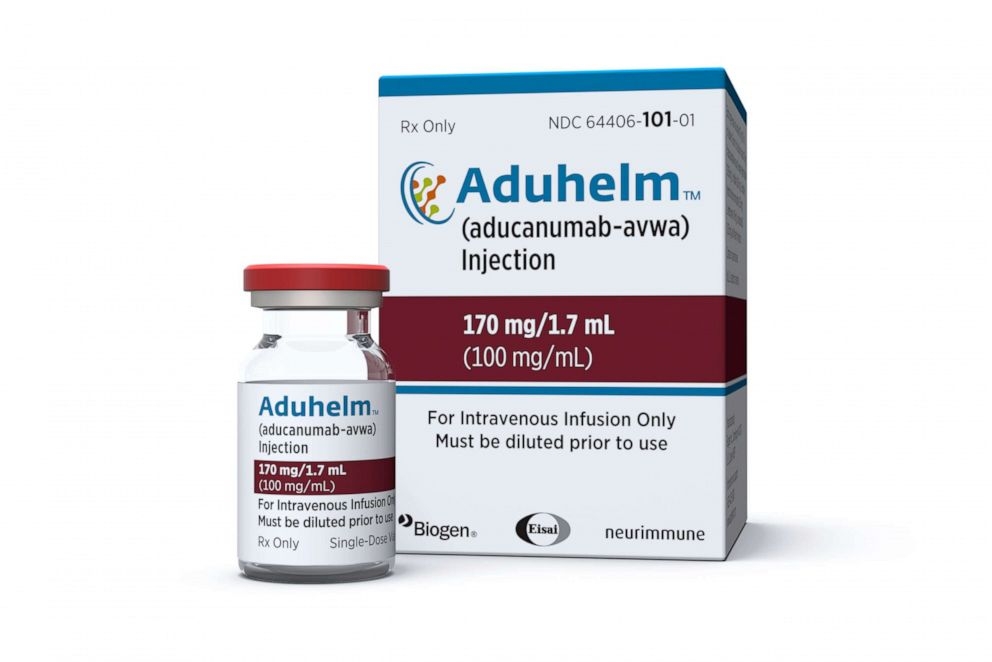 Like Aduhelm, Eisai's lecanemab and Lilly's donanemab are monoclonal antibodies that remove beta-amyloid, a type of protein fragment that builds up in Alzheimer's patient's brains. The two drugmakers expect the outcomes of planned Phase III trials to finally validate earlier-stage evidence under consideration by the US Food and Drug Administration (FDA).

Roche Holding AG is developing gantenerumab, a fourth plaque-targeting antibody, although it is not pursuing an accelerated FDA evaluation.

The FDA approved Biogen's Aduhelm in June under the agency's accelerated pathway, based on the drug's plaque-clearing ability rather than proof that it slows cognitive decline in Alzheimer's patients. It is the first drug in this class and the first Alzheimer's treatment approved in the United States in 20 years.

Medicare, on the other hand, has opted to limit routine reimbursement to Alzheimer's medications that have been approved through the usual FDA procedure and are based on "a direct assessment of clinical benefit."

Nearly 64 million Americans aged 65 and older are covered by Medicare, thus the coverage decision could affect 85 percent of those who would normally use the drugs for the age-related disease.

Eisai, which is partnered with Biogen, has stated that it plans to submit a rolling FDA application for lecanemab via the accelerated pathway by the middle of the year. The Japanese pharmaceutical company also stated that it hopes to receive data from its 1,800-patient Phase III trial this fall.

If the results are positive, Eisai believes the massive study will be able to meet Medicare's "high level of evidence" criterion for coverage.

The goal of the trial is to show that lecanemab can reduce the rate of cognitive and functional decline by at least 25 percent.

In a statement, Lilly stated that it expects to finish its current, rolling application for fast FDA approval of donanemab this year. It won't know the findings of a Phase III trial of the medicine until mid-2023, according to the company.

The Indianapolis-based corporation claims that Medicare coverage restrictions for FDA-approved pharmaceuticals are "unnecessary, restrictive, and inappropriate."