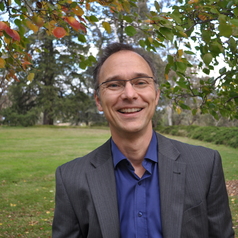 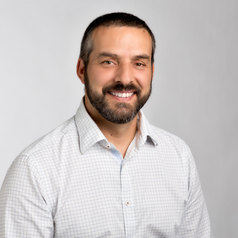 When unveiling government data revealing Australia’s rising greenhouse emissions, federal energy minister Angus Taylor sought to temper the news by pointing out that much of the increase is due to liquefied natural gas (LNG) exports, and claiming that these exports help cut emissions elsewhere.

LNG exports, Taylor argued, help to reduce global emissions by replacing the burning of coal overseas, which has a higher emissions factor than gas. In reality, Australian gas displaces a mix of energy sources, including gas from other exporters. Whether and to what extent Australian gas exports reduce emissions therefore remains unclear. Meanwhile, Australia’s coal exports clearly do increase global emissions.

The way Australia can help clean up world energy systems in the future is through large-scale production and export of renewable energy.

In a statement accompanying the latest quarterly emissions figures, the Department of Environment and Energy stated:

Australia’s total LNG exports are estimated to have the potential to lower emissions in importing countries by around 148Mt CO₂-e [million tonnes of carbon dioxide equivalent] in 2018, if they displace coal consumption in those countries.

In truth, the assumption that every unit of Australia’s exported gas displaces coal is silly. The claim of a 148Mt saving is wrong and unfounded. The real number would be much smaller, and there could even be an increase in emissions as a result of LNG exports.

For the most part, exported gas probably displaces natural gas that would otherwise be produced elsewhere, leaving overall emissions roughly the same. Some smaller share may displace coal. But it could just as easily displace renewable or nuclear energy, in which case Australian gas exports would increase global emissions, not reduce them.

Serious analysis would be needed to establish the true amount of emissions displaced by Australian gas. It depends on the specific requirements that importers have, their alternatives for domestic energy production and other imports, changes in relative prices, resulting changes in energy balances in third-country markets, trajectories for investments in energy demand and supply infrastructure, and so forth. No such analysis seems available.

But for illustration, let’s make an optimistic assumption that gas displaces twice as much coal as it does renewable or nuclear energy. Specifically, let’s assume - purely for illustration - that each energy unit of Australian exported LNG replaces 0.7 units of gas from elsewhere, 0.2 units of coal, and 0.1 units of renewables or nuclear.

Australia exported 70 million tonnes of LNG in 2018. A Department of Environment and Energy source told Guardian Australia that this amount of gas would emit 197 million tonnes of CO₂ when burned. We calculate a similar number, on the basis of official emissions factors and export statistics.

Under the optimistic and illustrative set of assumptions outlined above, we calculate that Australia’s LNG exports would have reduced emissions in importing countries by about 10 million tonnes of CO₂ per year. (See the end of the article for a summary of our calculations.)

They might equally have reduced emissions by less, or they might in fact have increased these countries’ emissions, if more renewables or nuclear was displaced than coal. But whatever the the actual number, it’s certainly a long way short of the 148 million tonnes of emissions reduction claimed by the government.

A full analysis of global effects would also need to factor in the emissions that would be incurred from the production of alternative energy sources displaced by Australia’s LNG.

The picture is more clear-cut for coal. If there was no Australian thermal coal (the type used in power stations) in world markets, much of this would be replaced by more coal mined elsewhere. The remainder would be replaced by gas, renewables or nuclear. As for the case of gas, the precise substitution effects are a matter of complex interactions.

The crucial point is that all alternative fuels are less emissions-intensive than coal. In the substitution of Australian-mined coal for coal from other sources, there could be some substitution towards coal with higher emissions factors, but this is highly unlikely to outweigh the emissions savings from the substitution to nuclear, renewables and gas.

If a similar “replacement mix” assumed above for gas is also applied to coal – that is, every unit of coal is replaced by 0.7 units of coal from elsewhere, 0.2 units of gas, and 0.1 units of renewables or nuclear – then adding that thermal coal to the international market would increase emissions by about 19% of the embodied emissions in that coal. As in the case of LNG, this is purely an illustrative assumption.

So, in this illustrative case, Australia’s thermal coal exports would increase net greenhouse emissions in importing countries by about 96 million tonnes per year.

This figure does not consider the coking coal exports, nor the emissions from mining the coal in Australia and transporting it.

The real opportunity is in export of renewable energy

Thankfully, there actually is a way for Australia to help the world cut emissions, and in a big way. That is by producing large amounts of renewable energy for export, in the form of hydrogen, ammonia, and other fuels produced using wind and solar power and shipped to other countries that are less blessed with abundant renewable energy resources.

Even emissions-free production of energy-intensive goods like aluminium and steel could become cost-competitive in Australia, given the ever-falling costs of renewable energy and the almost unlimited potential to produce renewable energy in the outback. Australia really could be a renewable energy superpower.

Such exports will then unambiguously reduce global emissions, because they will in part displace the use of coal, gas and oil.

Once we have a large-scale renewable energy industry in operation, the relevant minister in office then will be right to point out Australia’s contribution to solving the global challenge through our energy exports. In the meantime, our energy exports are clearly a net addition to global emissions.

Summary of data and calculations

Emissions inherent in Australia’s LNG exports of 69.5 million tonnes (in calendar year 2018) are 197 million tonnes (Mt) of carbon dioxide, based on emissions factors published by the Australian government.

If the same amount of energy was served using coal, emissions would be:

Emissions under the mix assumed for illustration here would be:

That is 10Mt higher than without Australian LNG.

Australia’s thermal coal exports were 208Mt in calendar year 2018. Emissions when burning this coal were 506Mt CO₂, based on government emissions factors.

This is 19% lower than the emissions intensity of purely coal-fired electricity, of 0.9 tonnes CO₂ per MWh.