BTS to be on Jimmy Fallon’s ‘The Tonight Show’ for a week; Fans can expect the band’s performance and skits 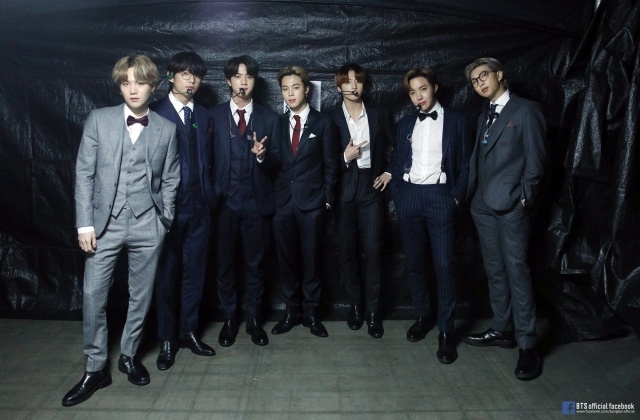 BTS is set to make another history when it appears on the American talk show “Jimmy Fallon’s The Tonight Show” next week. This is not a simple guesting as RM, Jin, Jungkook, V, Suga, J-Hope and Jimin have been invited to be on the program for a whole week!

This is the first time for any South Korean artist to do something like this on American TV so this is another milestone for BTS. Typically, Kpop idol groups are just invited for an interview or a guest for an episode but the Bangtan Boys are appearing for five straight days. This is like taking over the show from Fallon so this is such a feat.

As per Deadline, BTS will be on Jimmy Fallon’s program from Sept. 28 to Oct. 2. In the five days that they will be around, the group is expected to perform various numbers and do some skits with the main host.

Definitely, they will be performing their Billboard no. 1 hit track “Dynamite” on any day. It was added that BTS will also hold virtual interviews with other guests.

“I’m so excited to have BTS back on the show. We just started the new season and we’re working on a lot of really exciting things,” Fallon told Entertainment Weekly. “One thing that is important to us at ‘The Tonight Show’ is showcasing talent and creatives, so what better way to kick things off than a full week with them and this is just the start."

He added that they love having the Korean band in the show and they really admire them for their talents. Fallon went on to say that they know the group will give their all and go even beyond better to give a remarkable performance.

“Last time we had them on we took over Grand Central Terminal, so we had our work cut out for us to top that,” he said. “And what’s better than one night with BTS ... a full week!”

Other stars who took over the show before BTS

This will not be the first time that the group appeared in the show as they had been there a few times already and the latest was their performance at the Grand Central Terminal where they dropped an amazing presentation of “ON.”

Before BTS, Miley Cyrus also hosted the show for a week in 2017. Ariana Grande was in the show as the only guest for the entire episode in 2018 and in 2019, Cardi B co-hosted with Jimmy.