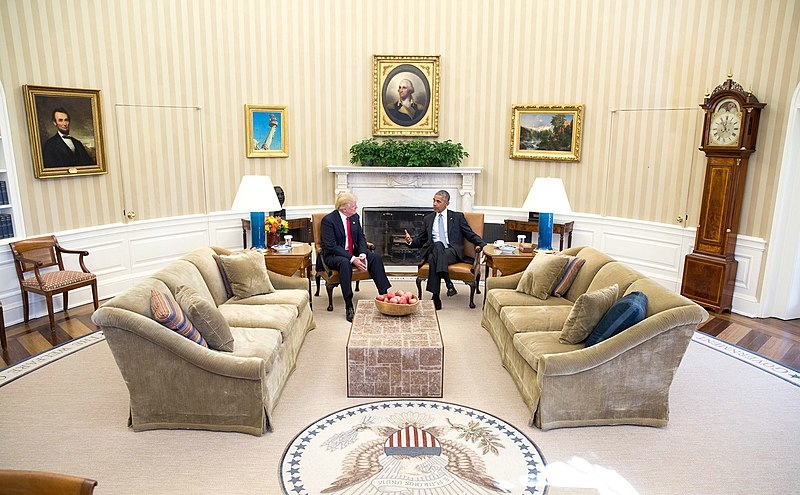 Former President Barack Obama, like Donald Trump, also tackled a public health crisis during his eight years as commander-in-chief. On a rare occasion, Trump recently seemed to suggest that he would not ask for his predecessor’s resignation if his administration was the one tackling COVID-19.

Trump made the comments while speaking to the press at the White House on Monday, saying that he would not blame Obama if he was the one leading the United States through the COVID-19 crisis. The president apparently suggested that he would not have asked Obama to resign either, a rare occasion where Trump has not laid the blame on his predecessor. The US is facing over five million confirmed COVID-19 cases with over 166,000 deaths as of today.

“No, I wouldn’t have done that, I think it’s been amazing what we’ve been able to do,” said Trump. “If we didn’t close up our country, we would’ve had 1 ½ or 2 million already dead. We’ve called it right. Now we don’t have to close it. We understand the disease. Nobody understood it, because nobody’s ever seen anything like this.”

Obama’s administration tackled a different kind of health crisis that was the Ebola virus. During this crisis from 2014 to 2016, 11 people were treated for the virus and only two died from it in the United States. At the time, Trump, who was not yet president, attacked Obama and called for his resignation over his administration’s supposed failure to respond to the outbreak.

Trump has repeatedly accused Obama of treason as of late and has even called for his prosecution along with the former vice president and presumptive Democratic nominee Joe Biden.

Meanwhile, the former president voiced his support for Biden’s running mate, Senator Kamala Harris. Obama released a statement praising the California Senator as well as his former colleague, saying that he made the right decision.

“I’ve known Senator @KamalaHarris for a long time. She is more than prepared for the job. She’s spent her career defending our Constitution and fighting for folks who need a fair shake. This is a good day for our country. Now let’s go win this thing,” tweeted Obama.