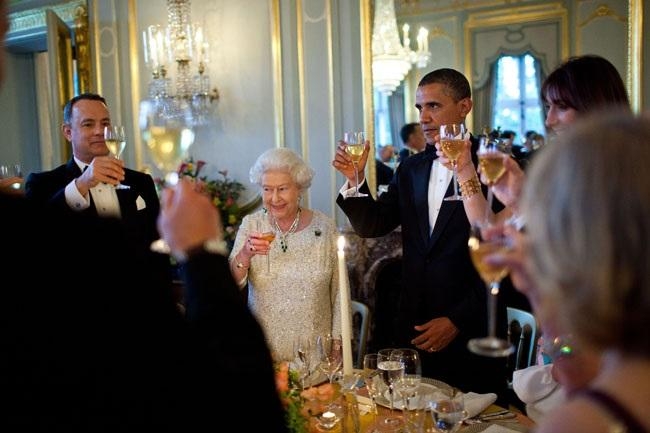 Presidents and first ladies of the United States have been some of the usual visitors of Queen Elizabeth and the British Royal Family over the years. However, the 44th US President Barack Obama reportedly left such a good impression on Her Majesty to the extent that he is welcome to return to Buckingham Palace even if he no longer resides at the White House.

Visits of US presidents and first ladies to the Queen are usually part of their official duties. Attending events at the Buckingham Palace are highlights of American leaders’ state visit in the United Kingdom. It is then noteworthy that Her Majesty is reportedly asking for Barack Obama to visit even when it is no longer his job to do so.

The report comes from well-known royal author Tom Quinn’s new book “Kensington Palace: An Intimate Memoir from Queen Mary to Meghan Markle.” A former palace employee told the author (via Insider), “The Queen has a soft spot for Americans after meeting Barack Obama who she completely fell in love with – so much so that she has frequently asked her courtiers if they could arrange for him to come to Britain now he is no longer president.”

Barack Obama and Michelle Obama visited the Queen three times throughout their eight-year stay at the White House. They first met Queen Elizabeth in 2009 and returned to the United Kingdom two years later. Their last visit as president and first lady happened in 2016, which also fell on the same day as Her Majesty’s 90th birthday.

While it now seems like the Obamas and Queen Elizabeth have a good rapport, their meetings were not always viewed pleasantly in the British press. Michelle Obama faced some backlash after a faux pas when she placed her left hand over the Queen’s shoulder during their 2009 visit.

Michelle Obama wrote in her best-selling memoir “Becoming” that she felt like Queen Elizabeth was not mad about it. She recalled that Her Majesty “only pulled closer” to her and placed her one hand on Obama’s back.

It would later appear that she was right. Queen Elizabeth’s friend and dressmaker for 25 years, Angela Kelly, said in her 2019 book “The Other Side of the Coin: The Queen, the Dresser and the Wardrobe” that it was Her Majesty’s “natural instinct” to demonstrate affection toward “another great woman” despite the protocols in place.