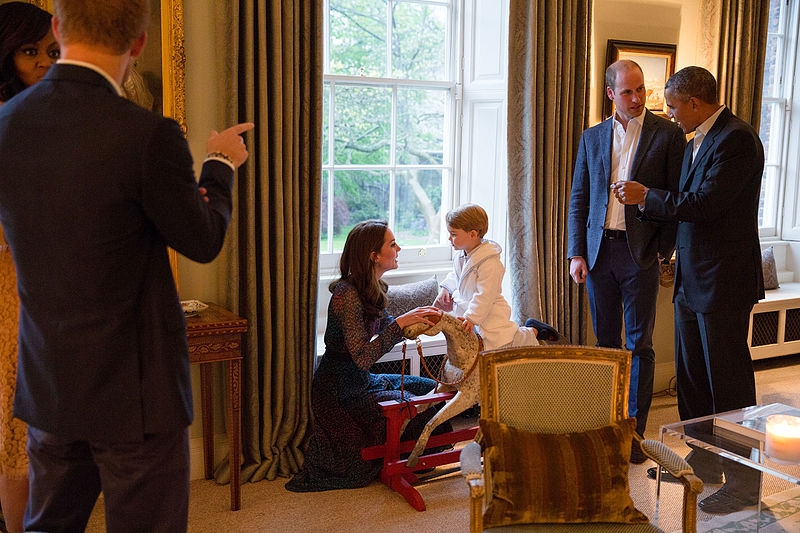 As more people are speaking out when it comes to doing something for the environment or tackling climate change, the Duke of Cambridge, Prince William, has unveiled the Earthshot Prize. Since the unveiling of the prestigious, environment-centered accolade, it has garnered a lot of support from other public figures, including former President Barack Obama.

Obama expressed his support for the award on Twitter. “It’s going to take a lot of big thinking and innovation to save the one planet we’ve got -- and that’s why @KensingtonRoyal’s leadership on climate change can make a real difference,” wrote the former president.

The Earthshot Prize was first unveiled in December 2019 by Prince William, with narration from Sir David Attenborough. The Duke is on the Earthshot Prize Council, along with Attenborough, former basketball player Yao Ming, singer Shakira, actress Cate Blanchett, former chairman and CEO of PepsiCo Indra Nooyi, Queen Rania of Jordan, and professional soccer player Dani Alves are also part of the council.

The Earthshot Prize Council will award the accolade to five recipients -- who are either in a group or collaboration -- who are able to solve top environment or climate-centered problems. The Prize involves “five Earthshots,” or five goals that, if are achieved by the next decade in 2030, could help improve life for everyone and for future generations. The five goals are: Protect and restore nature, clean our air, fix our climate, revive our oceans, and build a waste-free world.

Meanwhile, following the news of the Los Angeles Lakers winning the 2020 NBA Championship, Obama congratulated the team for its 17th win, and most especially LeBron James for winning his fourth championship and fourth finals MVP title. The former president also touched on James’ contributions outside the NBA in addressing and fighting social issues such as racial injustice and voter suppression.

“Proud of my friend @KingJames for his fourth title, fourth Finals MVP, and for not only living up to the hype after seventeen seasons, but surpassing it as an extraordinary leader both on the court and in the public arena fighting for education, social justice, and our democracy,” tweeted Obama.