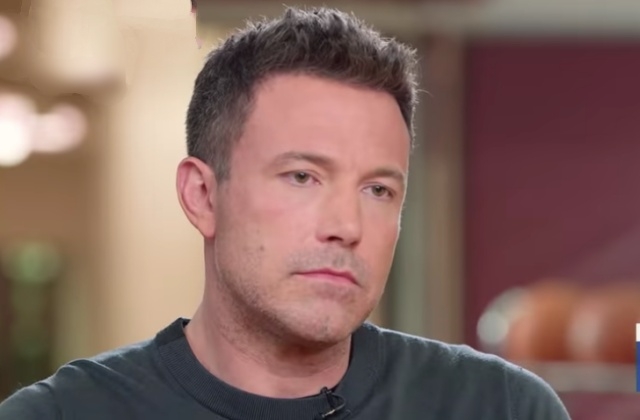 Ben Affleck and girlfriend Ana de Armas were said to have broken up a month ago. With their split, it was reported that the “Batman” actor is not taking their separation well and in fact, he is in deep sorrow and starving himself.

As per Australia’s Woman’s Day, Ben Affleck stopped eating following his split with his Cuban-Spanish actress girlfriend. He is now single again and as a result of his heartbreak, the 48-year-old actor is allegedly feeling so down that he can’t do anything, that even eating is so hard to do. He is in anguish and it seems it will take time before he could go back to his normal self.

“It caused problems between them when her ‘007’ bosses told her he wasn’t ‘good optics for the Bond franchise’ and not welcome on the red carpet,” the tipster told the magazine. “Ana kind of saw him differently after that and he sensed it, it’s why he started to obsess about going to the gym. He got a bit too clingy for her and her career is her priority right now.”

What’s more, Ben Affleck’s friends are also worried about him because he could relapse at this rate. They also noticed that the actor is not saying much but they can truly sense that he is miserable. He stopped eating and working out altogether thus they can’t help but be concerned.

“The biggest fear of all is that he might relapse,” the source said. “Everyone is rallying around him including ex-wife Jen Garner but he is truly heartbroken.”

The Truth about Ben and Ana’s separation

Gossip Cop took the time to investigate this report and found that everything written in the story was fabricated details. Ben Affleck is not starving himself after breaking up with Ana de Armas.

The claims are false because, in the first place, the actor and his girlfriend are still together and going strong. The pair is still so in love and inseparable these days. People also published a recent photo of the two while they were re-shooting the upcoming movie “Deep Water.”