How to deal with holiday stress, Danish-style

Berlin Biennale: genius or the luxury bleating of the youthful super-elite? 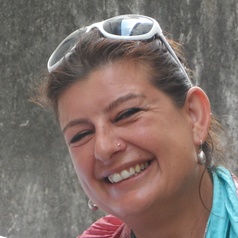 The Berlin Biennale is an event which encompasses the whole city. The venues are pieces of art in themselves: the former headquarters of the East German Council (ESMT) is a confident, brutalist sixties building, now an expensive business school. The modernist, glass-fronted Akademie overlooks the historic Hotel Adlon on one side, and Potsdamer Platz on the other.

Inside, I’m completely overwhelmed. We get communicative capitalism, hyper-individualism and supra-nationalism, all illustrated via conceptual art. There are lightboxes, gym workouts, racetracks, opportunities to contribute to blogs, interactive apps. There are narratives that speak to the blurred line between commerce and domesticity (we’re all potentially uber and Airbnb customers now), and endless thanks to the sponsors.

We get rammed spaces and murky videos or spangly ad-art-verts with no real starting points, which are hard to actually see. There are no paintings, or sculptures made of clay or stone. No craft. No people talking about getting water, food, education. Just ironic nods to things created by polymers.

Is this a zeitgeist that I’ve just failed to miss? Or are these (first-world, young, privileged) artists radical visionaries, and recognising something that in years to come will be obvious? I am still wading through the press material four days after I’ve arrived, but there’s little to suggest a global conversation. As someone who has spent half of my adult life in the “Global South” and is obsessed with its representation, I am looking for those voices. Isn’t less more? “The Present in Drag” – the title of the 9th Berlin Biennale is a reference (by the Manhattan, 30-something curators DiS collective) to the confusion of “our” present state. Lauren Boyd, one of the DiS collective, is adamant that despite the dominance of European and American artists:

We are interested in the globalised issues in Berlin … the city itself is globalised around global real estate, gentrification, the tourism, migrants and refugees.

That much is true. Berlin, like almost all European cities, is being hollowed out by gentrification while becoming more expensive. But the assertion that “we” are all living in the same global narratives and that our present is incomprehensible, immaterial, driven by algorithms, is very problematic.

There are a few artists who seem to make comments on real, material issues. GCC collective, based in the Arabian Gulf, makes the connection between supply chains, oil and global ideas. They have created a large running track, surrounding a stationary mannequin mother in traditional dress “healing” a small child. They also show videos of the office of the Sheikh Mohammed bin Rashid Al Maktoum, the Dubai ruler who has appointed a minister of happiness – and whose desk here doubles as a ping pong table. The work critiques the twin rise of an Arab “happiness industry” of personal healers and self-help, alongside the idea that personal happiness is a prerequisite of a high-producing capitalist, consumerist economy.

The other artist who makes work that isn’t, in plain speak, so “up itself” is Turkish artist Halil Altindere. Inside the glass-fronted modernist building, the Akadamie in Berlin, the video Homeland is being played. It shows a Syrian rapper describing his journey from Turkey, and there are re-enacted scenes in an old airport and people tumbling off trains in Berlin central station. It is impossible to tell what is news footage and what is staged. Refugees in well-cut clothes looking middle class and powerful, are given a voice. They tell us how they do enjoy currywurst now (a sanctified German sausage dish) but also want citizenship papers. The video is edited with scenes from a luxury yoga retreat, people sit in meditational repose. “Only observe” the subtitle cuttingly tells us. Altindere’s work is compassionate, linear, difficult, honest.

In a country of 3.5m Turks, and an enviable attitude to refugees, Berlin is a place where tolerance is normalised and there’s a great deal of human goodness. Not much of the exhibition acknowledges this, although there is a stunning work where the themes of lost intimacy, disconnection and impotence are beautifully dealt with: Alexa Karolinski and Ingo Nierman’s Army of Love is a powerful and clever comment on this. It is a video of a naked woman nursing a baby. Other people crowd around her, and a disabled, naked man is caressed by able-bodied naked women. So there are some stand-out moments, but the Biennale is supposed to be a place where all artists can push the boat out, and take risks without the tedious constraints of needing to sell. Perhaps, though, that is making them so comfortable they have little of interest to say? German art critic for the Magazine “Art”, Ute Thon, says:

The artists, so called Digital Natives, are caught up in their technical/virtual worlds, fluent in managing algorithms and motion capturing technology but not very inventive when it comes to using these tools to create real change, real emotions, real disruptions.

One group able to do this is the South African art collective CUSS. They have created Triomf, a reference to a (real) South African super mall in Soweto, an equalising and generous offer for Black South Africans to consume, in an equal – but different geographical – space to their richer friends. Triomf is a small shop complete with flickering neon light (a reference to the increasing power cuts in South Africa) in which one TV and some beer can be bought. CUSS make their point in a stripped version of a Soweto mall. Courtesy 9th Berlin Biennale of Contemporary Art

CUSS wants to address the new pan-African rhetoric that is being created by a highly visually literate youth, to engage with a consistently developing new aesthetics which that rejects the stuckism of older generations, who they say, relied too heavily on the same dialogues.

What this Biennale confirms for me is that talk of a “global conversation” has to be much more inclusive and more material. There are significant – the majority actually – chunks of the world, including East and Southern Africa, where the concerns are not the digital blurring of boundaries. Their issues are pretty quotidian: marriages, babies, falling in love, getting a bank loan, or the day’s grace a trader gets to move unrefrigerated fish to the nearest town.

There is another marked divide: where are the sympathetic critiques of people? The pieces of work that celebrate the craft, music, inventiveness, jokes, wordplay, resilience, beauty, sensitivity, communalism, humour and imagination of people everywhere – Benares, London, Sao Paulo, Dar es Salaam, Pnomh Penh – these are missing. It is a luxury to be able to devote money and time to an artwork which describes the intricacies of bitcoin and its role in the (heavily modernised, global North) financial system, as Simon Denny does. But other concerns are more fundamental. Will a hospital get built when the proposed pipeline happens from Uganda to Tanzania? Will trafficking and trading laws be made more coherent to better protect the girls and young women who disappear when they cross the borders out of Syria and Turkey?

One of the important roles of public spaces – museums, Biennales, fesitvals – is to relocate the conversations, to reorganise our expectations, and to avoid cultural ventriloquism. There are many people who are interested in the concerns of a small, parochial, youthful elite. There are others who – like me – want to see the Global South talking for themselves more, and explaining the humanity, teamwork, the depth of understanding that we experience there.

The compassion, skill and sensitivity of Middle Eastern photographer Tanya Habjouqa – whose work over five years, has shown Palestinians finding incredible ways to love, relax, resist, play, have babies and exercise – offers an eloquent illustration of this. Her work is so interesting precisely because it resonates around the world. She has exhibited across the Middle East, in Europe and America and got an absurd number of Facebook conversations to “prove” that she is getting it right. She is not, sadly, at the Biennale.

The DiS Collective want us to be disturbed, stateless, confused about what is an advert and where the art stops. They are trying to tap into our annoyed and anxious contemporary state – one where there are no clear reference points. But that is not how many of us actually feel.

Thembi Mutch does not work for, consult, own shares in or receive funding from any company or organisation that would benefit from this article, and has disclosed no relevant affiliations beyond the academic appointment above.