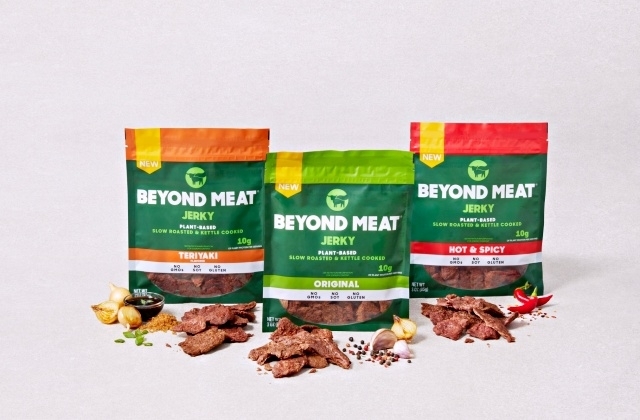 Photo by: Beyond Meat Press Release

Beyond Meat reported last week that it incurred losses in the first quarter and the number was wider than expected. The meat alternative food manufacturing company said that the losses came after the launch of its plant-based jerky.

It was suggested that the new product weighed heavily on margins as shares of Beyond Meat dropped as much as 25% in extended trading on Wednesday last week, which further pushed the stock’s losses compared to the same day earlier trading. The firm’s shares closed at 13.8% before it reported its earnings.

According to CNBC, despite the losses, Beyond Meat’s chief executive officer, Ethan Brown, said that they have made good progress in achieving their goal of building a global protein company of the future. The CEO said that they are planning to continue engaging in strategic team-ups, such as their collaboration with PepsiCo, which has been a success.

The company believes that these partnerships will lay the foundation for Beyond Meat’s long-term growth in the United States and overseas.

He added in a press release, “Though we recognize that the decisions we are making today in support of our long-run ambition have contributed to challenging near-term results, including a sizable though a temporary reduction in gross margin as we took cost-intensive measures to support important strategic launches, we are confident in the future we are building while advancing our mission to bring plant-based meats and their attendant health, climate, natural resource, and animal welfare benefits to consumers around the world.”

Meanwhile, Beyond Meat’s chief financial officer, Phil Hardin, said that while they are thrilled with the initial sales performance of the Beyond Jerky product, it is still in the early stages so the gross profitability in the first quarter was not so high yet. He said that despite the lower than expected results, the jerky still received strong responses from customers.

The CFO went on to explain that the large-scale launch of the Beyond Jerky that was released in collaboration with PepsiCo was “unprecedented” for the company. The product is currently being sold in 56,000 locations, as a result, Brown described Beyond Meat’s production to be “expensive and inefficient.”