Brexit campaign is doomed – if bookmakers are right again 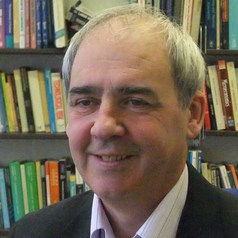 As we edge closer to the EU referendum on June 23, the latest opinion polls put the Remain and Leave campaigns either neck and neck or at least close together.

But the reputation of opinion polls has plummeted following their abject failure to predict the winner of last year’s general election. According to a recent independent review by Professor Patrick Sturgis of the University of Southampton, inadequate sampling procedures led to biased estimates of party support.

Prediction markets, which are often based on betting odds, are an increasingly popular alternative for predicting election outcomes. When you look at their past performance, they have been relatively successful. Where opinion polling tends to be irregular and noisy because of the different sampling methods used by the various companies involved, betting data is collected continuously and on a consistent basis.

Prediction markets successfully forecast the outcome of the Scottish referendum of 2014, for example. Whereas the opinion polls suggested the outcome was uncertain and increasingly hard to call nearer the vote, the betting odds always suggested that the probability of a majority vote for independence was quite small.

So what are the odds for the Brexit referendum? The most recent data, as you can see from the chart below, suggests that the probability of a Leave vote is around 30%, with the chance of a Remain vote being correspondingly around 70%.

These data are based on www.oddschecker.com, which lists more than 20 companies which have offered odds on the referendum at different times. The most active is Matchbook, which frequently offers multiple small variations in its odds during a single day. The odds from the different companies are transformed into estimates of the average daily probability for each outcome, going back as far as last May if you click the “All” box on the chart.

You can also see the timing of some key events which might have been expected to influence the odds, such as when David Cameron announced the referendum date. When an event doesn’t make much difference – that announcement did not – it might be because it was expected and has therefore already been discounted by punters.

On the other hand, Iain Duncan Smith’s resignation was arguably a surprise, but it had little impact on the odds. This suggests that those placing bets did not feel this event would have a significant effect on the referendum outcome.

The only good news for Brexit supporters is that there has been some whittling away of the advantage enjoyed by the Remain campaign since the beginning of March. When the referendum was called, the probability of leaving was around 29%. It fell to 27% in early March but has been rising since, before levelling off in the last few days of that month.

The most recent data at time of writing, for April 7, suggests that the probability of Britain leaving the EU has now reached 33% – a one in three chance. Even so, there is still a clear feeling among those with a monetary interest in the outcome that the UK will remain part of the European Union.

Indeed, the highest odds in favour of a Leave vote were last November, giving a 39% probability. Save this page and we’ll keep updating the chart as we get closer to the referendum. If you want to cut through the noise of the opinion polls, these are probably the numbers to watch.

David Bell receives funding from the ESRC, but this article does not represent the views of the research councils.