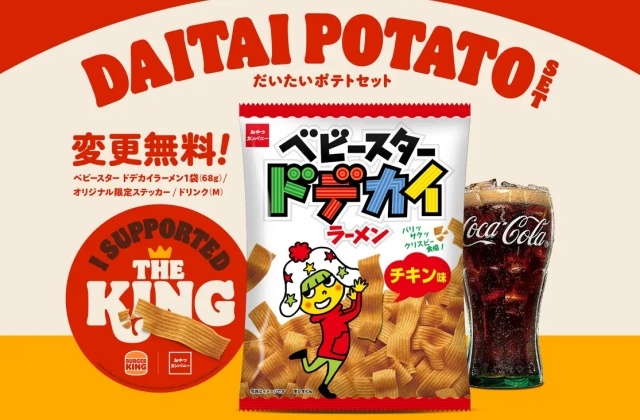 Burger King Japan has experienced a potato shortage several times already, and there are instances when this even happened just weeks apart. Now the shortage problem is back, and the company started looking for a way to replace the beloved french fries side menu.

According to Japan Today, while french fries are now back on the Burger King Japan menu list, the fast-food chain still wants to find a new side menu. This is because there is still no assurance that the supply of potatoes will not be uninterrupted again.

Burger King Japan knows that the potato shortage crisis is still a threat to businesses. Thus, it is looking to add a new menu that can be a substitute in case the stores run out of french fries again. For this, the burger joint introduced dried ramen as a replacement when the fries are not available.

The company is adding the “Daitai Potato” in its combo meals, and this is a good alternative as the Japanese love ramen. This is also called the “Sorta Potato,” and this product also gives the same salty and starchy satisfaction that french fries lovers enjoy.

Burger King Japan will be serving Daitai Potato set instead of french fries, and this side is actually a bag of Baby Star Dodekai Ramen. This is a crunchy dried ramen noodle snack that is very popular in the country. The product is already a best-seller on its own so it is expected to become a hit as well when served at the BK restaurants along with the flame-grilled beef burgers.

It should be noted that Burger King Japan did not suspend the sale of its french fries, but it only added the dried ramen snack to combo meals as a new option. It was reported that the Daitai Potato Set will be available at BK stores around the country starting May 16. It will be initially offered for a limited time.

Burger King Japan stated in a press release, “In response to such a situation (potato shortage), we recruited companies and organizations that can propose a new side menu as an alternative to French fries. As a result, we received various proposals from more companies than expected.”

Finally, the company said that with all the proposals, it has decided to collaborate with Snack Company to offer the Baby Star Ramen, Baby Star Dodekai Ramen Chicken, and other snacks as an alternative to french fries.