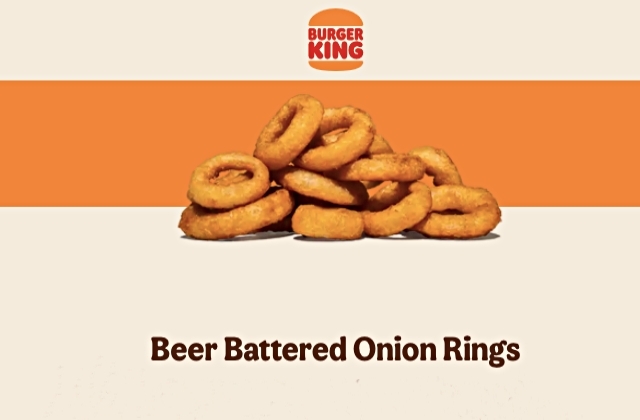 Burger King New Zealand has a new offering for this year and it is something that customers will love. The restaurant recently launched the new Beer Battered Onion Rings and it was described as the pub-style side to order.

As suggested by its name, the new food item on Burger King New Zealand restaurants is an onion coated on beer batter. The regular onion rings are covered in bread crumbs then deep-fried until golden brown and the new version only has the batter coating before being fried.

On Burger King New Zealand’s website, the Beer Battered Onion Rings was defined as “coated in beer batter and fried to perfection.” Customers can buy this in a box of 12 and no I.D. is required for the purchase. The fast-food chain believes its new offering will become the next favorite at any barbecue picnic or get-together.

Then again, customers should note that the new side item will only be available at participating Burger King locations throughout New Zealand. It will also be sold for a limited time only and will likely become a seasonal product addition.

The BBQ Bacon Double Cheeseburger is perfect to go with the Beer Battered Onion Rings. This burger features two flame-grilled beef patties with 2 melted cheese on top. Bacon and BBQ sauce are added to complete the winning taste combination.

Meanwhile, Burger King is also offering a new value meal for the new year which is only $5. As per Mashed, the fast-food chain wants to start the new year with a new way of operating and it includes plans to revamp the menu and get rid of some items to increase efficiency especially in drive-thrus.

And another change that Burger King US is implementing is related to meal prices. For this, the restaurant will begin by rolling out new value meals for the affordable price of just $5.

This already has the Double Whopper Jr., small french fries, a drink, and 4-piece chicken nuggets. The offer is already available since Dec. 30 and will run for a limited time.