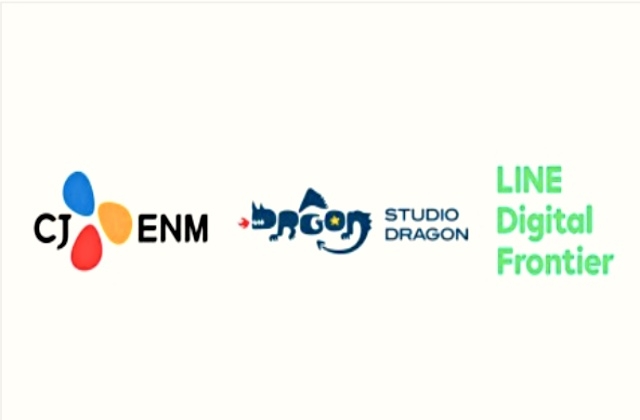 CJ ENM, Naver Webtoon, and Studio Dragon have announced their partnership to form a joint venture in Japan. The companies are planning to launch a drama production venture and expand their business overseas.

CJ ENM Co. and Naver Webtoon are setting up their JV company, and it has been tentatively named Studio Dragon Japan Corp. With the ₩30 billion or around $23 million investment in equity capital from Line Digital Frontier, Naver Webtoon’s Japanese subsidiary, Studio Dragon Corp., and CJ ENM, this soon-to-be established firm will officially start its operation by the end of June, as per The Korea Economic Daily.

Studio Dragon Japan Corp. will tap into the drama production biz in Japan, which is the third-largest content market in the world. The joint venture will fuse CJ ENM’s streaming content production expertise and Line Digital Frontier’s intellectual property (IP) and digital content together to create Japanese drama series that will be released both locally and to the international audience.

The CJ Group revealed that it would be spending billions of dollars for this new drama content JV to achieve the ambition of becoming the Marvel Studios of Asia. For Naver Webtoon, the new drama studio in Japan is already its third production house after launching Wattpad Webtoon Studios in the United States and Studio N in Korea.

“Based on CJ ENM and Studio Dragon’s global network and presence, Studio Dragon Japan will serve as the bridge between top content creators in Korea and Japan, and will act as a gateway for these top IPs to enter the global market,” CJ ENM’s chief executive officer of Japan drama business, Kang Cheolgu, said in a press release. “Studio Dragon Japan will produce premium content targeted for global channels, including streaming platforms.”

Kim Sinbae, head of LINE Manga, Naver Webtoon’s Japanese business unit, added that with the inauguration of Studio Dragon Japan JV, they were able to secure an IP value chain that can bring to life webtoons to video content in Japan. He vowed to promote the excellence of webtoon IP by producing high-quality dramas aimed that will be loved by the global market.