The hype is out of this world, but mining in space won't save the Earth

Ozempic helps people lose weight. But who should be able to use it?

Coca-Cola to use new tethered caps in EU markets

Cochlear implants can bring the experience of sound to those with hearing loss, but results may vary – here's why 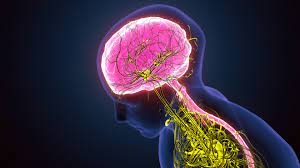 The tiny injectable robots can be guided through the brain using magnets.

The tiny injectable robots can be guided through the brain using magnets.

﻿Micro-robot technology "that used to be science fantasy in the 1950s and 1960s" is now "scientific fact," according to Michael Shpigelmacher, Bionaut Labs' founder and CEO.

Working with Germany's famed Max Planck research institutes, Bionaut Labs chose magnetic energy over optical or ultrasonic means to propel the robots because it is non-harmful to the human body.

Magnetic coils implanted outside the patient's skull are connected to a computer that can remotely and delicately navigate the micro-robot into the damaged area of the brain before withdrawing it the same way.

Unlike an MRI, the entire system is portable and utilizes 10 to 100 times less electricity.

The robot, which is a metal cylinder just a few millimeters long and shaped like a small bullet, follows a pre-programmed trajectory through a gel-filled container that mimics the density of the human brain in a simulation observed by AFP.

When the robot gets close enough to a pouch filled with blue liquid, it accelerates like a rocket and pierces the sack with its pointed end, allowing liquid to gush out.

When clinical trials begin in two years, the inventors want to use the robot to penetrate fluid-filled cysts in the brain.

The method could be used to cure Dandy-Walker Syndrome, a rare brain abnormality that affects youngsters if it is successful.

Cysts the size of a golf ball can form in congenital illness sufferers, swelling and increased pressure on the brain, initiating a slew of serious neurological problems.

Bionaut Labs has already tested its robots on large animals like lambs and pigs, and according to Shpigelmacher, "the evidence suggests that the technology is safe for us."

If approved, the robots could provide significant benefits over currently available therapies for brain illnesses.

Last year, the US Food and Drug Administration (FDA) awarded Bionaut Labs clearance to begin clinical studies for Dandy-Walker Syndrome and malignant gliomas, which are cancerous brain tumors that are frequently considered inoperable.

The micro-robots will be used to inject anti-cancer medications directly into brain tumors in a "surgical strike" in cancerous brain tumors.