Billions of years ago, the rise of oxygen in Earth’s atmosphere caused a worldwide deep freeze

How deforestation helps deadly viruses jump from animals to humans

How birds are used to reveal the future

The world may lose half its sandy beaches by 2100. It’s not too late to save most of them

Thermal cameras aren't perfect, but they can help control the coronavirus pandemic

Autonomous cars: five reasons they still aren't on our roads

Can Asia end its uncontrolled consumption of wildlife? Here's how North America did it a century ago

How South Africa's mangrove forests store carbon and why it matters

If all cars were electric, UK carbon emissions would drop by 12%

How the man-made chemical, nonylphenol, hampers the growth of fresh produce

Catch-22: technology can help solve fishing’s environmental issues – but risks swapping one problem for another 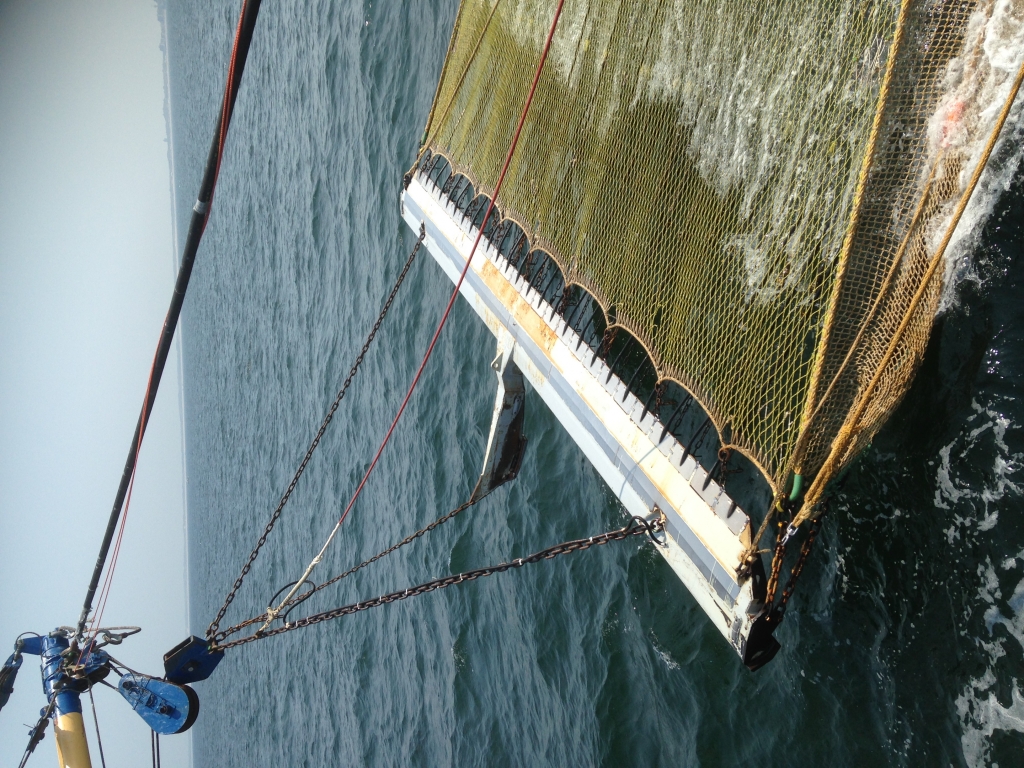 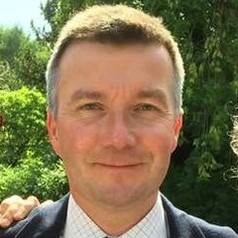 Almost a decade ago, Hugh Fearnley-Whittingstall’s Fish Fight campaign galvanised public opinion against the senseless waste of discarding fish. At the time this was the common practice of returning unwanted catches to the sea, dead or alive, because fishermen were legally limited from landing them by the EU’s quota system.

The campaign was a success. By 2015, EU Landings Obligation legislation was being phased in to put an to end the practice by forcing fishers to land catch they didn’t have a quota for but preventing them from selling it. In this way, the Landings Obligation was designed to give fishers a strong incentive to avoid catching unwanted fish.

But creating legislation can be relatively simple compared to the reality of implementing it. And there is evidence that fish continue to be discarded illegally. More recently there has been an upsurge in interest in “disruptive” technologies that could help reduce the problem. But there’s a risk that this could just introduce different environmental issues.

Traditional fishing nets can filter out small fish, but they do not discriminate between different species which is a problem in mixed fishing areas. For example, a North Sea fishing trip that has haddock as its target species, will inevitably also catch some cod, whiting or flatfish – the “bycatch” species that often falls foul of quota rules.

Previous technical solutions have concentrated on altering some aspect of the design of the fishing net, either by adding species separator panels or gaps through which smaller fish can escape. Some of these projects have had reasonable success, such as Project 50%, which reduced bycatch of fish and seabed creatures such as starfish in the UK. 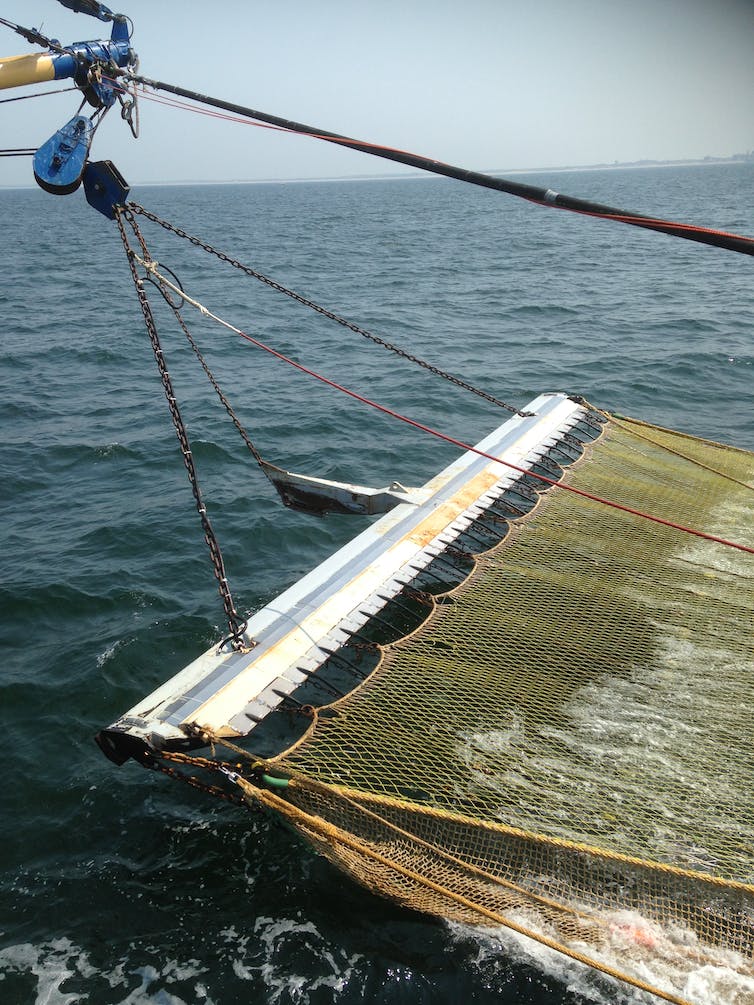 Of all the recent innovations, the Dutch “pulse trawl” has attracted most media attention, much of it negative. Dutch scientists looked to exploit the muscular response of fish to the presence of an electric field. A momentary pulse of electric current causes fish to cramp their muscles, making them easier to catch in the following net.

Interestingly, fish size (meaning length) is related to the susceptibility of fish to the electric current, with smaller fish less likely to cramp than larger fish. Experimental trials showed that the new technique was highly selective for Dover sole, which was exactly what the Dutch fishers wanted to catch.

The method also reduced fuel consumption because of the slower towing speeds and reduced the amount of activity to catch the same or more fish. This meant the new technique was commercially viable. But was it environmentally acceptable?

Effect on the marine environment

In parallel, a comprehensive science programme was set up to look at the possible wider effects of using electric currents in the marine environment, to ensure that solving one problem had not created another. Sceptics suggested that electricity would negatively impact marine organisms.

But it now transpires that the majority of organisms exhibit minor or no effects in response to interaction with the electric field. The only exception is cod, for which spinal injuries are more frequent. Other effects on organisms or ecosystem responses seem to be relatively minor, based on research published so far.

Despite this huge investment in science to understand the potential wider ecosystem effects of pulse fishing, the conservationist Bloom Association ran an effective, though controversial, campaign to encourage the EU to ban the pulse trawl. They succeeded, although pulse trawlers can be used for research purposes, and fierce debate continues.

It’s important to reflect on what can be learned from this episode. It started life with good intentions but ended in a war of words and a retrenchment to the less environmentally friendly beam trawling that pulse fishing was designed to replace.

More recently, the use of LED lights attached to escape panels on trawl nets has shown exciting promise to reduce fish bycatch. In one study, haddock and flatfish bycatches were reduced by 47% and 25% respectively in nets that used the lights.

But we also know that light pollution has the potential to impact marine life. So at what point do we need to consider the implication of a global fleet of trawl nets towing lights through the water? Will societal considerations, environmental advocacy and scepticism also consign LED innovation to an outright ban? 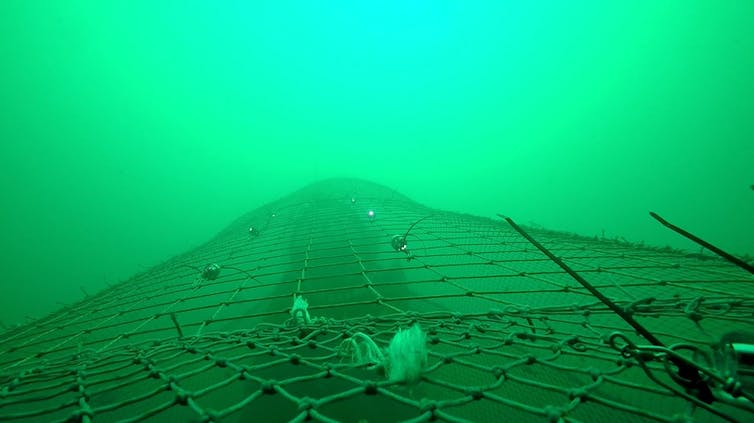 It is important that scientists and policy makers learn the lessons from the pulse trawl furore. A purely engineering approach misses out important social considerations. The pulse trawl is much lighter than the beam trawl it was designed to replace, and made softer seabed habitats accessible to the Dutch fleet for the first time.

To avoid future conflicts, we need an agreed best-practice set of guidelines for fishers and scientists to follow, that remind us that humans are part of the marine ecosystem. Changing fishing practices needs a broad consensus to be successful, rather than a purely technological solution.