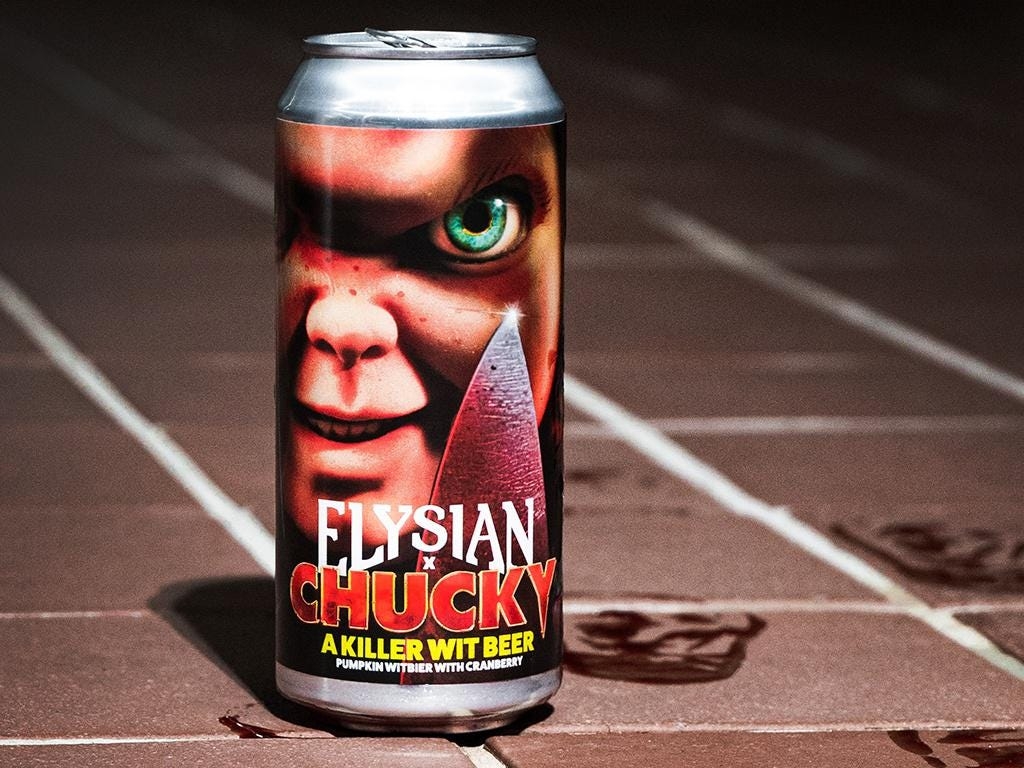 Elysian Brewing and NBCUniversal have collaborated to launch a pumpkin beer with a wheat base dubbed “Chucky: A Killer Wit Beer” to celebrate the second season of Chucky's TV show.

It includes cranberry juice for a 5.3 percent ABV brew billed as being light in color with chamomile and cinnamon.

The cans put Chucky's creepy face front and center, with a tap handle that looks like a giant knife.

According to Ellen Stone, executive vice president NBCUniversal, the custom pumpkin beer provides a fresh, unique way for fans and beer fanatics to quench their thirst ahead of the season two premiere.

Elysian co-founder Joe Bisacca explained that from the blood-red cranberry to the cinnamon notes, the limited-edition beer encapsulates many of the fall flavors their drinkers love.

The second season of Chucky the show premieres on Wednesday, October 5.