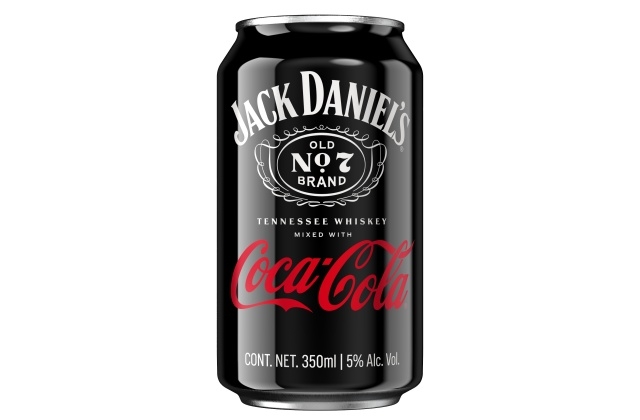 Coca-Cola has teamed up with Brown Forman to introduce Jack Daniel’s ready-to-drink Tenessee Whiskey and Coke cocktail. The new drink is said to be inspired by the classic bar cocktail, and it will be made by blending the whiskey and softdrink.

Coca-Cola and Brown Forman are planning to release their collaborative RTD product in late 2022. It will initially be launched in Mexico and later be made available in markets around the world.

Coca-Cola’s collaboration with Jack Daniel’s distiller Brown-Forman is said to be the former’s latest move to reach its goal of becoming a bigger player in the alcoholic drink line. The new product will also push the company in its transformation into a complete beverage company that offers drinks beyond its popular soda, tea, sports drink, and water lines.

As per CNBC, Jack Daniel’s RTD is the fourth alcoholic beverage to be added to Coca-Cola’s portfolio in less than two years. Prior to this, Coke has already partnered with Molson Coors Beverage for alcoholic beverages, including the Simply Spiked Lemonade and Topo Chico Hard Seltzer. It also has collaborated with Constellation Brands to launch Fresca Mixed Cocktails.

It was noted that Coca-Cola may have been diving into different drink categories and marketing them as the consumption of soda in the market has been declining. In fact, many other beverage makers are also pushing for alcoholic drinks now, including PepsiCo.

Moreover, ready-to-drink beverages have been one of the fastest-growing alcohol categories since 2018. Thus creating these types of drinks with unique flavors are the option that beverage companies go for. Almost anywhere in the world, this market always has a large market as well.

“This relationship brings together two classic American icons to deliver consumers a taste experience they love in a way that is consistent, convenient, and portable,” Brown-Forman Corporation’s president and chief executive officer, Lawson Whiting, said in a press release.

He added, “Brown-Forman has been a leader in the ready-to-drink category since we launched our first Jack Daniel’s RTD more than 30 years ago. Coca-Cola perfectly complements Jack Daniel’s and our existing RTD offerings, enabling us to accelerate expansion and continue to grow our business around the world.”