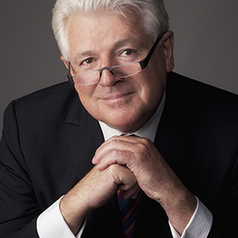 Australia’s anti-dumping system has become tool for protecting industries which aren’t competitive. Over time federal government has cranked up penalty charges on imports, such as steel, deemed unfairly under-priced, to protect these businesses. It’s Australian consumers who bear the cost.

In its latest Trade and Assistance Review, the Productivity Commission found a pronounced spike in anti-dumping duties. The average duty on imports considered “dumped” (sold below market prices) was 5% each year between 2006 and 2011. Between 2012 and 2015 it rose 15%.

This is running against the global trend. The World Trade Organisation (WTO) reported last year that among G20 economies, increases in anti-dumping duties was abating.

The rules of the WTO allow members to impose duties on imports if they are found to be sold at prices less than the cost of the product and in quantities that distort the import market.

Typically, such imports in Australia include steel, power transformers, heavy machinery, food products, plastics, paper and other metals. How these duties are imposed is determined by the Anti-Dumping Commissioner.

Free market economists query the concept of dumping. If a product is put on the market by a business at a price below cost, is that not a standard commercial practice to offload excessive inventories or to flood the market with goods in order to build a market presence?

The WTO rules are loose enough to provide plenty of room for interpretation of what can be classified as dumping. One problem with this is that blocking imports assessed as under-priced and harming local producers is common during recessions.

The WTO began analysing the incidence of imposition of new trade restrictions including anti-dumping measures after the Global Financial Crisis. It found they multiplied three or four times.

When governments cut tariffs, as the Hawke Government did in the late 1980s, political pressure to impose new restrictions on cheaper imports was expected. So it set up an independent regulator (the Anti-Dumping Authority) to rule if imports were unfairly-priced and undermined Australian policy to open markets. Strict criteria were set.

But as tariffs started to reduce, Australian farmers and manufacturers pressed the Howard Government to loosen them and the Authority was abolished.

Responsibility for assessing complaints was shifted from an independent regulator to a Minister or senior official accountable to a Minister. This opened a channel for political pressure.

And over time, the interpretation of what was a “dumped” product was progressively expanded. The amount of time defendants had to respond to claims of dumping was also progressively reduced diminishing their opportunity for equal hearing.

The Productivity Commission assessed that rulings by the Commissioner distinctly favoured domestic producers.

Australia’s anti-dumping system has become a protectionist tool. The Commission reports the average duty imposed over the last six years was 17%, the median 11%. Where Australia still imposes tariffs, the average is 5%.

Liberal National Party Governments have been as receptive to this as Labor Governments. As Prime Minister, Tony Abbott wanted the system toughened and advocated reversal the onus of proof when importers were accused of dumping. Legal common sense prevailed and this was dropped.

Instead, the then relevant Minister, Christopher Pyne, announced a tightening of procedures to assess dumping. According to the former Assistant Minister for Science, Karen Andrews, the Commission would also monitor trends which pointed to dumping. This came at the time of the serious financial problems facing the steel works in Wollongong and Whyalla.

The Government has negotiated important Free Trade Agreements with Australia’s Asian neighbours. If the commitments in those agreements to reduce tariffs are obviated by subsequent decisions by the Anti-Dumping Commission to impose new higher duties on imports, this would undermine Australia’s credibility as a promoter of growth through open markets.

Australia should not forget steel from China, a target of anti-dumpers, is made from Australian iron ore and Australian coal which are much larger industries and earners for Australia than its steel industry. The coal and iron ore industry workforce combined is 98,000 and the workforce at Bluescope and Arrium is 10000.

Cutting tariffs in the nineties gave Australia the highest consistent growth rate of any OECD country for over 25 years. As global growth slows, what is the sense of reintroducing protection in Australia?

Alan Oxley is Chair of the APEC Centre at RMIT University and is principal of ITS Global, consultants who advise mineral resources enterprises.