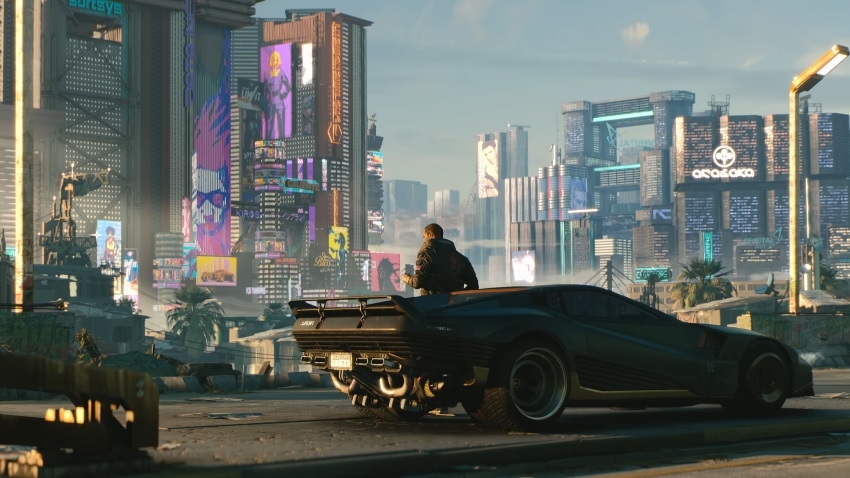 The trailers of “Cyberpunk 2077” all prove that the upcoming game is going to have vast open-world gameplay. And these types of video games are usually big on its vehicle lineup.

Fans can expect that “Cyberpunk 2077” developer CD Projekt Red is taking this aspect of the game seriously. They are reportedly hoping to deliver something better than the “GTA” gaming experience when it comes to using vehicles.

‘Cyberpunk 2077’ gameplay: What fans can expect from the in-game cars?

Considering that “Cyberpunk 2077” is set far into the future, gamers could expect some out-of-this-world vehicle designs. But when it comes to the physics of operating a car in-game, developers are planning to make it feel more real.

Redditor u/Shavod reported on the key points of CD Projekt Red’s annual community meeting in Warsaw that took place last Saturday. The vehicles of “Cyberpunk 2077” were discussed in several points of the gathering. Shavod shared that the developers are working on realistic navigation of the in-game vehicles. However, developers are not eyeing to make it feel like a simulation, but “more realistic” than what gamers see on “GTA.”

“Cyberpunk 2077” will also feature a car racing minigame that the developers promise is nothing like ordinary races. It is also advertised as a good way for players to see how fast their favorite cars can go.

One thing that CD Projekt Red has yet to discuss elaborately is the car customization schemes on “Cyberpunk 2077.” In the same community meeting, developers said they are aware that this gameplay feature can be top-requested. But they also reportedly asked fans to be patient until they are ready to reveal more details about it.

It is not impossible for CD Projekt Red to expand the possibilities of car customization in “Cyberpunk 2077.” It should be noted that players can configure their characters’ physical attributes that would also affect their strengths and weaknesses in combat.

The very long wait for the launch of “Cyberpunk 2077” is almost over. Fans will now have to wait until April 16, 2020, for the release of the game. Since it is also close to development completion, CD Projekt Red is now accepting pre-orders.