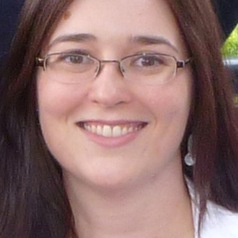 In early 2015, I wrote about the significant declines in the proportion of young people with a driving licence. However, at the time, significant questions remained unanswered. Were young adults forgoing cars entirely? Or were they merely delaying a few years before they hopped behind the wheel?

Since that time I have analysed youth licensing data in the state of Victoria, Australia, and in the US. These are two of the few jurisdictions that provide enough data to track cohorts of young people over time.

What we see when we look at individual cohorts over time is that by the time people reach their mid-20s they are just about as likely to have a licence now as their counterparts were ten years ago. A delay to be encouraged

A great deal of research has been undertaken to understand why this delay is occurring. Many factors are at play, but one appears to be the strongest driver of the trend: a delay in driver licensing is part of a broader delay in “adult” milestones among young adults.

A few decades ago, someone in their mid-20s would very likely be several years out of schooling, well into full-time work and had a good chance of being married, mortgaged and having started a family. Today it seems unthinkable for many young people to hit these milestones until their late 20s and into their 30s. Instead, they spend their 20s living with their parents, studying, and working part-time.

All of these delays mean young people are less likely to need a car, or have a steady income to pay for one, until later in life.

Some may react to these findings with a sense of passive fatalism. What is the point of catering to the transport needs of millennials if they are going to become just as car-dependent as previous generations as soon as they start a family and buy a house?

However, there are still many important reasons why transport planners and policymakers should encourage and support this delay in car dependence.

First, even if changes in millennial travel patterns are “only” a delay, this delay can have significant positive benefits for society. Every year that someone does not drive is another year with fewer emissions, less congestion and fewer road deaths – particularly as young drivers are heavily over-represented in road deaths and injuries.

Next, the longer that someone lives without a car the longer they have to build the skills and familiarity with alternative travel. These skills and attitudes may have follow-on impacts later in life. It may make millennials more open to using public transport or active modes for occasional trips, or to reconsidering their travel after major life events such as changing jobs, moving home or retiring.

Finally, getting a driving licence is only one part of travel and mobility. Other research suggests that even among licence-holders young adults are driving less and using other modes more than previous generations. Young adults are also far more likely to take up emerging alternatives to private car ownership, such as car-sharing, bike-sharing and ride-sharing.

These trends suggest that even as millennials age, buy homes and start families, their definition of “car use” may be significantly different from that of a baby boomer household at the same life stage.

Window of opportunity for policymakers

The delay in driver licensing among young adults is a window of opportunity for transport planning and policy. Policymakers should do everything they can to encourage sustainable travel among young adults with an eye on supporting the transition into home ownership and parenthood.

Are governments providing public transport, walking and cycling infrastructure where young Australians are starting families? Are they providing affordable family housing in the accessible locations where many young adults want to live?

As long as the answer is “no”, an uphill battle will continue to be fought against the pressures of car-oriented transport and land use.

It is a far easier task to support and encourage sustainable travel habits than it is to persuade people to give up long-entrenched car dependency.

Alexa Delbosc receives funding from the Australian Research Council to conduct a Discovery Early Career Research Award on the changing mobility of Australian millennials. In the past she has received research funding from Public Transport Victoria and Metro Trains Melbourne. She is a member of The Australian Institute of Traffic Planning and Management.