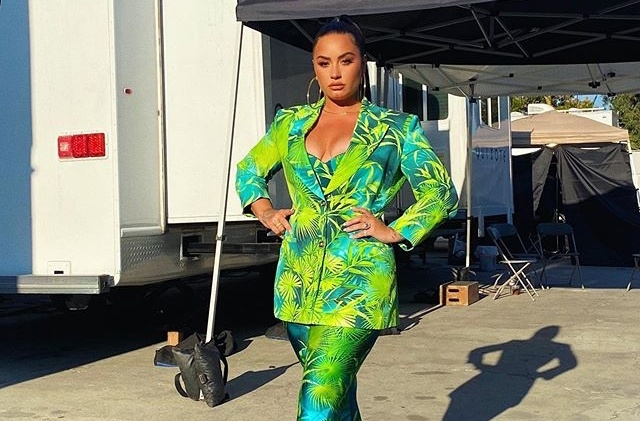 Demi Lovato and Max Ehrich were dating for just four months when they suddenly announced their engagement in July. When they broke up, it was said that the “Sorry Not Sorry” singer was in the middle of planning their wedding.

The couple was said to be holding their wedding in 2021, and it will be in spring. Their rush decision is said to be because they felt everything is right.

As per OK!, Demi Lovato was still planning her star-studded wedding with Max Ehrich when the engagement was broken off. She already listed big names who will be in her entourage and assigned who will be singing at the reception too.

“Demi Lovato had majorly stepped on the gas with wedding planning,” the source allegedly told the tabloid. “Ariana Grande would be the maid of honor, and Sam Smith would be the reception serenader.”

The singer also hinted that her dream wedding is set to take place next spring. She is doing her best to make the date, and everything else work as she wants them to be. She is also working with a wedding planner to find the best venue as she wants everything to be perfect for her star-studded special day.

There is one person that will not be in Demi Lovato’s list of guests and that is her ex-best friend Selena Gomez. “Lovato wants her day to have only positive vibes so wouldn’t invite the ‘Wizards of Waverly Place’ star.”

The surprising and controversial split of Demi and Max

Now, this weekend, the news that Demi and Max have broken up appeared on the headlines. Various publications wrote that the two decided to part ways to focus on their respective careers. Things turn more controversial because not only did their engagement lasted for two just months but Max Ehrich revealed through social media that he only learned about their split on tabloids.

Page Six reported that the actor expressed his thoughts on Instagram. However, his post has already been deleted. Many outlets were able to save screenshots of his message and it reads:

“Imagine finding out about the status of your relationship through a tabloid.”

Max added, “While you’re in the middle of filming a biopic movie, ‘Southern Gospel,’ with the crew and cast members right next to me who literally watched me open my phone where I then open a tabloid.”

With his statement, it appears that it was Demi Lovato who broke the engagement. The singer has not commented on Max’s claims yet as of this time.

In any case, Gossip Cop contradicts this claim about Demi Lovato already preparing for her big wedding when the engagement was called off. There is no planning yet and the publication confidently debunked this story since there is no proof plus, OK! is known to be an unreliable outlet for news.