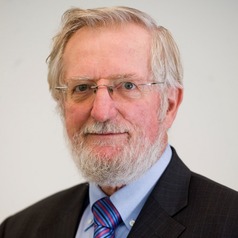 It is tempting to think the Australian government’s decision to spend big – bigger than ever before, an unprecedented 33% of GDP this financial year according to the budget update – marks an embrace of Keynesian economics after decades in which Australian authorities have looked the other way.

Keynesian economics – named after its founder, 20th century economist John Maynard Keynes – holds that when private spending is too weak to keep people in jobs the government should ramp up its own spending to fill the gap.

Conversely, when private spending is too strong, and pushing up inflation, the government should rein in its own spending to rein in inflation.

Other things can help, such as ensuring wages grow quickly enough to boost private demand and ensuring incomes are distributed evenly enough to allow this to happen broadly.

That’s pretty much how Australian governments of all types acted from the end of the World War II up until the mid-1970s, when a surge in the price of oil produced a combination of inflation and unemployment (“stagflation”) that Keynesian economics couldn’t easily explain.

In its place came a new orthodoxy in which governments tried to rely mainly on so-called monetary authorities, such as the Reserve Bank, to stabilise the economy and kept budget deficits low.

The past year’s dramatic switch back – a projected budget deficit of 9.9% of GDP, the biggest since World War II – has led many, including commentator Ross Gittins, to conclude Keynesian economics is back in favour with authorities because (most of the time) it works.

It’s an idea summed up in the subtitle of a book released 12 years ago after the global financial crisis – Keynes: The Return of the Master.

The reality is that with interest rates at rock bottom as we went into the coronavirus crisis, there was little the Reserve Bank could do to support the economy by cutting interest rates further.

It could, and did, buy government bonds. But that tends to support asset prices rather than employment. So the authorities have had little choice but to spend to support jobs, notwithstanding their qualms.

They are, however, giving every sign of still being guided by the growth model they’ve been relying on since the mid-1970s.

That model assumes the medium-term growth path of the economy is determined by the rates of increase in the three Ps: population; participation in employment; and productivity. 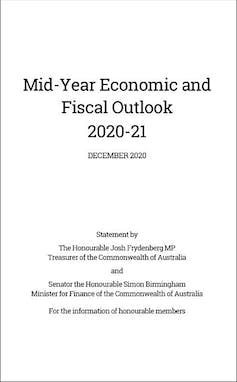 This was exactly the model used to draw up the projections in December’s Mid-Year Financial and Economic Outlook. These have potential economic growth “gradually returning to 2.75% towards the end of the medium-term projection period” in 2023-24.

The projection is unchanged on the one published the previous year before the pandemic and recession.

The document assumes underlying productivity growth will “converge over a 10-year period to the average growth rate in labour productivity over the past 30 years of 1.5% per annum”. This takes no account of the more recent experience of the five years leading up to the recession, when productivity growth and real wage growth averaged only 0.7%.

That’s half the rate of productivity growth projected by the federal treasury. Yet there’s not a word of explanation in the document, despite Prime Minister Scott Morrison saying the official advice was “if we thought we could just grow the economy under the old settings then we need to think again”.

To Keynesians, the distribution of income matters

Keynesian economists, and “post-Keynesian” economists carrying forward the mantle, don’t believe medium-term economic growth is determined solely by “three Ps” that specify what can be supplied to the economy.

They believe it is also determined by what is demanded of the economy, creating an important role for changes both in the distribution of wages and in the proportion of national income distributed to wages.

If the people who drew up the mid-year statement had really become Keynesian they would have acknowledged the structural changes affecting income distribution and produced less encouraging growth forecasts.

A government that had fully adopted Keynesian policies would recognise it needs to support reasonable wage increases, rather than push for wage freezes as it has been doing, noting the short-run alternative is continued budget deficits.

Over time the weakness in demand is likely to lead to lower investment, slowing the take-up of new technology and slowing growth in productivity.

In accordance with the models the government does use, this will cut Australia’s potential rate of economic growth, producing lower unemployment and lower living standards than we otherwise would have had.