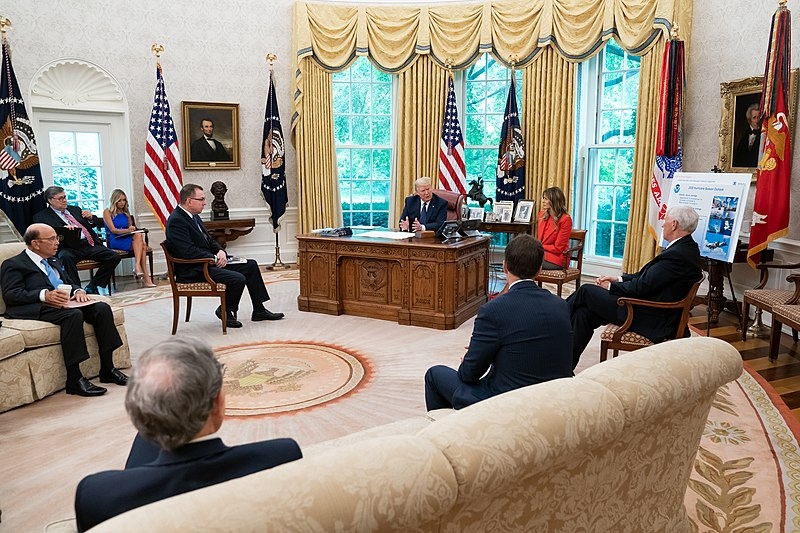 In the midst of rising numbers from the coronavirus in the United States comes the unrest coming from violent protests that have occurred in a span of a few days. Following these protests, President Donald Trump has declared the ANTIFA as a terrorist organization.

On Sunday, Trump went on Twitter to make this announcement, that ANTIFA would now be a terrorist organization. This follows the escalating protests that were triggered by the death of African-American George Floyd at the hands of police officers in Minneapolis. “The United States of America will be designating ANTIFA as a Terrorist Organization,” tweeted Trump.

The protests in Minneapolis and several other cities including Pittsburgh have escalated into violence from several supposed demonstrators and the police officers themselves. It has since According to Pittsburgh Police Chief Scott Schubert, the violence could be because of ANTIFA and white male anarchists. This has likely prompted Trump to declare the left-wing extremists as a terrorist group.

However, Trump’s comments on the matter have drawn criticism and concerns from the Democrats and Republicans. Many of the lawmakers have urged the President to either focus on unifying the country or not to speak on the issue at all especially as the United States is still in the middle of the pandemic and an economic crisis.

Trump’s tweets have threatened potential demonstrators that they will be met with aggression from the military and Secret Service should the protests reach Washington. Trump also demanded that Democrats do their job else the federal government will intervene along with a supposed “unlimited use” of military firepower. Trump also called for the National Guard to intervene in the states and cities run by Democrat politicians.

Republican Governor Larry Hogan of Maryland said that Trump’s remarks were making the situation even worse. Hogan noted that this is the opposite of the message that should be coming from Trump and the White House.

Republican Senator Tim Scott of South Carolina also referred to Trump’s tweets as not constructive and said that Trump should focus on the benefit of peaceful protests instead of inciting aggression and violence caused by some anarchists and extremists.

Democratic Senator Cory Booker of New Jersey also expressed that Trump’s latest comments, including his remarks from the Charlottesville riots back in 2017, no longer affect him. “Donald Trump no longer has the capacity to break my heart, to surprise me,” said Booker.