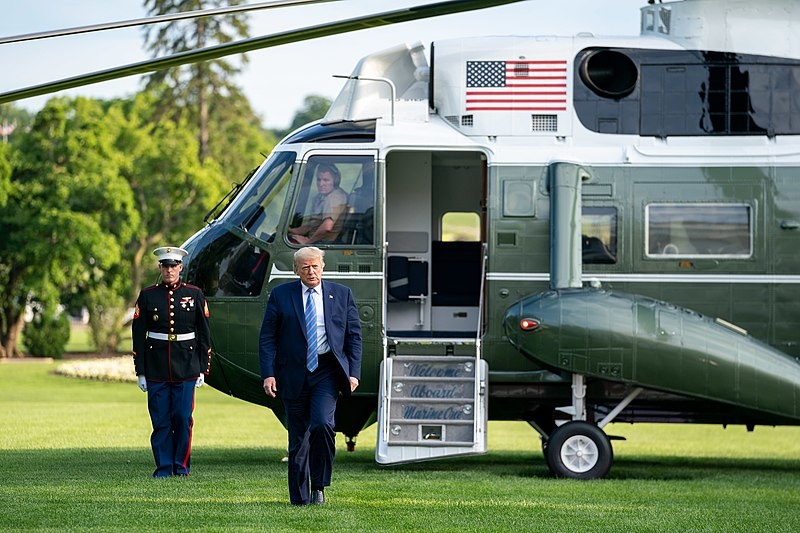 The ongoing protests against police brutality on unarmed African Americans has more and more Americans pushing for reforms in local law enforcement. President Donald Trump announced that he will be signing an executive order targeting police reforms this week.

Speaking to reporters at the White House roundtable, Trump revealed that an executive order is being drafted towards police reforms. This follows the ongoing protests in many cities over the past several weeks, with activists persistently lobbying to overhaul the current law enforcement policies of the police. Trump revealed that the order would be a comprehensive one but did not disclose the specifics.

“Basically, we’re going to be talking about things that we’ve been watching and seeing for the last month, and we’re going to have some solutions, some good solutions,” said Trump, regarding the order.

According to senior Trump administration officials, the executive order will involve creating funding and incentives for police departments to improve their practices. Improvements on officer retention, recruitment, and encouraging departments to recruit potential officers from within the communities they are guarding. The order will also introduce “co-respondent services” where social workers would become more involved in responding to non-violent calls and aspects like mental health, substance addiction, and homelessness.

The officials acknowledged that police officers are not always the best people to turn to when it comes to these issues. The Trump administration partnered with several faith leaders, police groups, and family organizations in drafting the order.

This order also follows the lawmakers from both Democratic and Republican parties forming their own legislation in tackling police reforms, both proposals of which have garnered some bipartisan responses.

Meanwhile, Trump also confirmed the news that 9,500 troops stationed in Germany will be asked to go back to the United States. Trump reasoned that Germany was being “delinquent” when it came to making payments towards NATO or the North Atlantic Treaty Organization, and thus felt the need to downsize the number of American troops in Germany to 25,000 unless Berlin made changes.

However, this may have concerning consequences to the rest of the countries involved in NATO. Germany’s ambassador to the United States, Emily Harber, said that the troops are there not to defend Germany, but to uphold trans-Atlantic security. By downsizing US troops in Germany, some experts believe that this would come in Russia’s favor and weaken NATO.