6 Signs You Are Married to a Narcissist

How to Get a Payday Loan without a Bank Account?

Feeling Burned Out? 4 Tips to Lighten Your Workload

How to pitch investors effectively: The best visual aids to use

Shed the Shame of Addiction at New Method Wellness

Expensive, dirty and dangerous: why we must fight miners' push to fast-track uranium mines 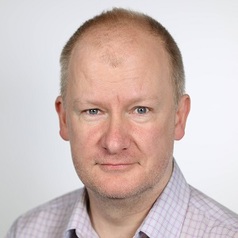 Of all the elements on Earth, none is more strictly controlled under law than uranium. A plethora of international agreements govern its sale and use in energy, research and nuclear weapons.

Australian environmental law considers nuclear actions, such as uranium mining, as a “matter of national environmental significance” under the Environment Protection and Biodiversity Conservation (EPBC) Act. This means uranium involves matters of national and international concern for which the Australian government is solely responsible.

The states, which own minerals, cannot exercise such oversight on uranium exports and use. So any new uranium mine needs both state and federal environmental approvals.

The Minerals Council of Australia wants to change this. In a submission to a ten-year review of the EPBC Act, the council argues that uranium’s special treatment is redundant, as environmental risks are already addressed in state approval processes.

On Monday, Prime Minister Scott Morrison announced that BHP’s proposed expansion of the Olympic Dam copper-uranium-gold-silver mine in South Australia was one of 15 major projects set to be fast-tracked for environmental approval. This would include a single, joint state and federal assessment.

But responsibility and past performance make a compelling case to maintain our federal environmental laws more than ever. Here’s why uranium mining must remain a federal issue.

Australia is a signatory to several international treaties, conventions and agreements concerning nuclear activities and uranium mining and export.

These include safeguards to ensure Australian uranium is used only for peaceful nuclear power or research, and not military uses. 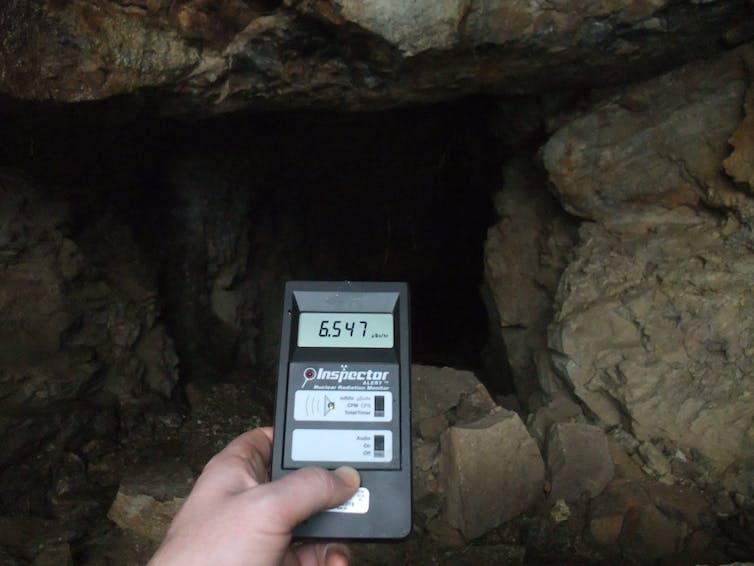 As of the end of 2018, the nuclear material safeguarded under international agreements derived from our uranium exports totalled 212,052 tonnes – including 201.6 tonnes of separated plutonium.

Making sure our uranium trading partners don’t redirect that material for the wrong purpose has been the raison d'être of our nuclear foreign policy since 1977. It’s clearly a national legal and moral obligation, and something the states simply cannot do.

In response, a spokesperson for the Minerals Council of Australia said a national mechanism to manage safeguards already exists through the Australian Safeguards and Non-Proliferation Office, adding:

Uranium is further regulated through the Australian Radiation Protection and Nuclear Safety Agency (ARPANSA) […] under the provisions of the ARPANS Regulations 1999. The object of the ARPANS Act is “to protect the health and safety of people, and to protect the environment, from the harmful effects of radiation”.

But ARPANSA regulates radiation safety and not uranium exports. If uranium mining was removed as a nuclear action, then there would be no public process involving our uranium exports – creating more secrecy and reducing scrutiny.

Successful rehabilitation has yet to be seen

Uranium mines are difficult to rehabilitate at the end of their lives. In my 24 years of research, including visiting most sites, I’ve yet to see a successful case study of Australia’s 11 major uranium mines or numerous small sites.

For example, the Rum Jungle mine near Darwin, which operated from 1954 to 1971, left a toxic legacy of acidic and radioactive drainage and a biologically dead Finniss River.

As a military project for the Cold War, it was Australian government-owned, but operated under contract by a company owned by Rio Tinto. The site was rehabilitated with taxpayer money from 1983-86, but by the mid-1990s the works were failing, and pollution levels were again rising. 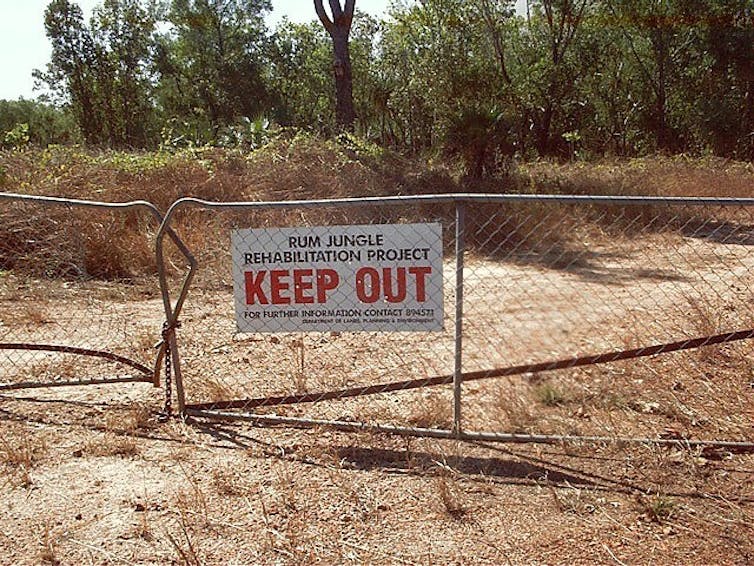 The Rum Jungle mine operated between 1954 and 1971. Mick Stanic/Flickr, CC BY-NC

Rehabilitation works were completed by 1986 and won national engineering awards for excellence. But by the late 1990s, acid seepage problems emerged from the tailings dam (where mining by-products are stored) and overlying grasses were absorbing toxic heavy metals, creating a risk for grazing cattle.

Rare earth metals are also present in these tailings, leading to the possibility the tailings will be reprocessed to fund the next round of rehabilitation. The site remains in limbo, despite its Instagram fame.

Both Rum Jungle and Mary Kathleen were rehabilitated to the standards of their day, but they have not withstood the test of time.

Australia’s biggest uranium mine, Ranger, is fast approaching the end of its operating life.

Rio Tinto is also the majority owner of Ranger. Despite Ranger’s recent losses, Rio has retained control and given Ranger hundreds of millions of dollars towards ensuring site operations and rehabilitation.

Site rehabilitation is required to be complete by January 2026, with Rio Tinto and Ranger assuming 25 years of monitoring – although plans and funding for this are still being finalised.

The legal requirement is that no contaminants should cause environmental impacts for 10,000 years, and no other mine has ever faced such a hurdle. 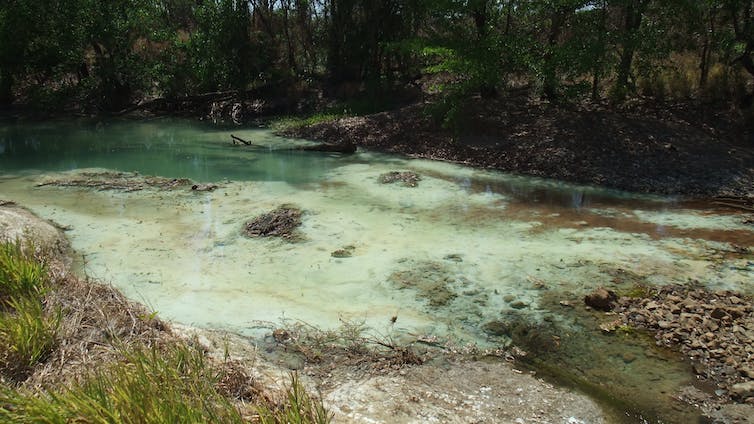 Recently, it emerged that Ranger had not agreed to continue its share of funding the scientific research required for the rehabilitation – an issue still unresolved. So despite promises of world’s best ever rehabilitation, concerns remain.

The Conversation contacted Rio Tinto to respond, and it referred us to Energy Resources Australia (ERA), which operates Ranger. An ERA spokesperson stated:

Since 1994, ERA has made an annual contribution to research into the environmental effects of uranium mining in the Alligator Rivers Region under an agreement with the Commonwealth. The agreement provides for a review of funding contributions at fixed periods or at either party’s request to acknowledge changes in Ranger operations.

ERA is required to cease processing in January 2021 in accordance with the expiration of its Authority to Operate under the Commonwealth Atomic Energy Act. Given the impending cessation in processing, ERA believes it is appropriate and reasonable to review the current research funding arrangements.

ERA has followed due process in this matter and welcomes the Commonwealth’s decision to support a process of mediation to resolve the issue.

No other former uranium mine in Australia can claim long-term rehabilitation success. Nabarlek, Radium Hill-Port Pirie, South Alligator Valley and other small mines all have issues such as erosion, weeds, remaining infrastructure, radiation hot-spots and/or water contamination. They all require ongoing surveillance.

Uranium mining is set to be outcompeted

Even if Olympic Dam expands (and especially if it stops extracting uranium in favour of tellurium, cobalt and rare earths also present), this trend is expected to increase in the coming years as Ranger closes and the world transitions to renewable energy and electric vehicles to help address climate change.

In response, the Minerals Council of Australia stated that lithium’s contribution to large-scale electricity storage is just beginning, arguing:

With the development of new nuclear technologies such as small modular and micro reactors, the prospects for the future of both uranium and lithium are positive and no one should be picking winners apart from the market.

Ultimately, uranium remains an element with immense potential for misuse - as seen with North Korea and other rogue nuclear states. Federal oversight of uranium mining must remain. After all, the price of peace is eternal vigilance.