FxWirePro: NZD/USD holds 21-EMA support, weakness only on break below 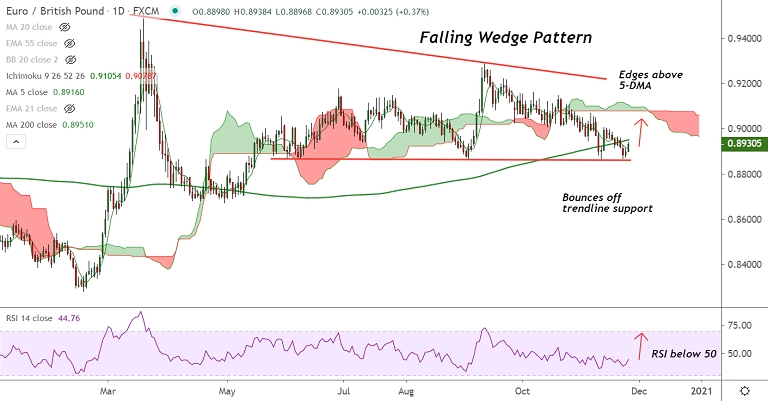 The pair has held strong support at Wedge base and further weakness only on decisive break below.

Single currency appreciates across the board as positive market sentiment amid promising COVID-19 vaccine news and upbeat data translate into solid advances across crosses.

On the flipside, some fresh selling seen around the British pound after European Commission president, Ursula von der Leyen raised doubts over the prospects for a Brexit deal.

Ursula said that the disagreement over access to Britain's fishing waters continues to block progress.

Major technical bias for the pair remains bearish. Upticks are likely to be limited. Scope for resumption of weakness.

On the flipside, 200-DMA is strong resistance. Retrace above will dent further downside in the pair.