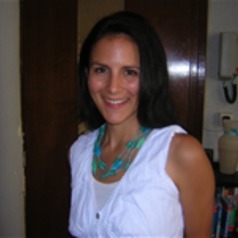 When the UK hosts the G7 summit in Cornwall between June 10 and 12, it will be the first intergovernmental meeting of the world’s seven wealthiest democracies since before COVID. Playing host for the seventh time, the UK is in a slightly stronger position than in 2019, due to the success of its vaccine rollout.

Amid the pandemic and worsening threats from climate change, inequality and dictators, the 2021 summit is a diplomatic opportunity for the G7 to display a united front. The seven countries, which represent almost 40% of global GDP – are certainly more united than two years ago.

The last G7 meeting in Biarritz, France in 2019 was overshadowed by questions of unity on the environment and politics, with difficult Brexit discussions and the US withdrawal from the Paris Climate Accord on the agenda.

The summit was largely divided, with French President Emmanuel Macron abandoning the joint communique for the first time in the group’s 44 years history due to the “deep crisis of democracy”. Then-US President Donald Trump threw the stage-managed proceedings into disarray, throwing insults at Canadian Prime Minister Justin Trudeau over trade.

The context was that Trump had abruptly left the Paris Climate Accord in 2017, despite pleas to convince him otherwise. Trump’s push to reinstate Russia – a member of the then G8 until the 2014 annexation of Crimea – had been another point of contention, as was the focus on the fires in the Amazon.

Two years later, the US leadership under President Joe Biden is recommitted to multilateralism and more willing to cooperate with G7 partners on issues of trade, climate change, the role of Russia and China in intergovernmental cooperation, and the authoritarian resurgence. So are they likely to have a better summit?

The G7 countries will need to come together to tackle vaccine nationalism if there is any chance of controlling the pandemic. Though huge strides have been made in vaccinating citizens from wealthy countries, vaccines have not been evenly distributed. A citizen from a G7 country is 77 times more likely to be offered a vaccine than someone living in the world’s poorest countries, according to the People’s Vaccine Alliance. If the slow vaccination pace continues, it could be several decades before everyone around the world has been vaccinated.

Attention is currently on India, which faces one of the worst outbreaks of COVID-19 globally, with surging cases mostly due to the discovery of a more infectious variant. India is an invited guest to the G7 summit, as it was in 2019 and was going to be in 2020, joining Australia, South Africa and South Korea.

Conspicuously absent is Brazil, which is also coping with a dire COVID-19 outbreak (and has recorded 12.3% of the world’s total deaths, with 2.7% of the global population). Brazil’s leadership under Jair Bolsonaro has come under fire for downplaying the severity of the crisis and exacerbating the situation. Though including Bolsonaro may not have been productive due to his hyper-nationalist agenda, excluding key countries from the global south undermines representation in the body.

As always, economic issues are at the forefront of the agenda. But as the G7 involves some of the largest economies in the world, there is greater acknowledgement that the glaring differences in economic security have spilled over to impact health security, and that health insecurity has a huge impact on global economic stability.

In an effort to tackle growing inequality, the G7 has reached an agreement on a 15% global minimum corporate tax. This historic step has already been criticised as far too low to make a difference, with no way of stopping the operation of tax havens.

In addition to the lukewarm response to the minimum corporate tax rate commitment, This summit is also facing a backlash for the inadequate focus on environmental security and climate finance to help developing countries commit to green energy.

This is in spite of the fact that G7 ministers already agreed to take new steps against fossil fuels in May: in a pre-meeting, the G7 announced that it would stop international financing of coal projects, mandate that corporations disclose their climate impacts, and invest more in clean energy. But climate-change campaigners have pointed to the hypocrisy of G7 countries spending over US$30 billion (£21 billion) more to support oil, coal and gas between January 2020 and March 2021 than on investment in clean forms of energy.

Remarkably, the problems facing G7 leaders are even more complex and urgent than what the world faced in 2019. Addressing these issues requires greater inclusive diplomacy, coordination and follow-through, all things that the G7 forum has struggled to achieve. In spite of calls for unity, the G7 is still plagued by ideological divisions that preclude collective muscle, while also lacking dominant leadership that can actually turn its communiques into meaningful action.