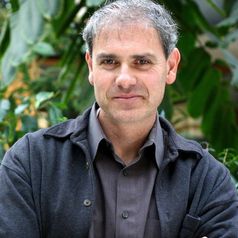 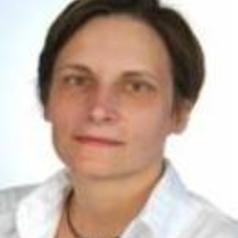 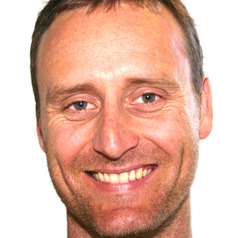 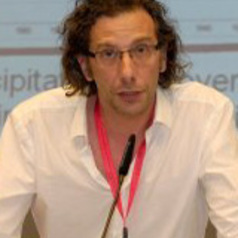 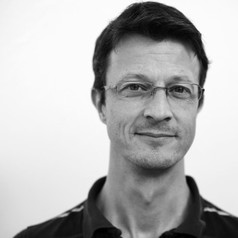 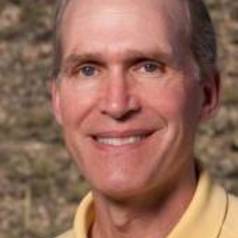 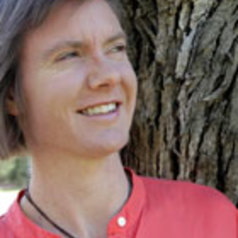 Global emissions for 2019 are predicted to hit 36.8 billion tonnes of carbon dioxide (CO₂), setting yet another all-time record. This disturbing result means emissions have grown by 62% since international climate negotiations began in 1990 to address the problem.

Digging into the numbers, however, reveals a silver lining. While overall carbon emissions continue to rise, the rate of growth is about two-thirds lower than in the previous two years.

Driving this slower growth is an extraordinary decline in coal emissions, particularly in the United States and Europe, and growth in renewable energy globally.

A less positive component of this emissions slowdown, however, is that a lower global economic growth has contributed to it. Most concerning yet is the very robust and stable upward trends in emissions from oil and natural gas.

Coal is king, but losing steam

The burning of coal continues to dominate CO₂ emissions and was responsible for 40% of all fossil fuel emissions in 2018, followed by oil (34%) and natural gas (20%). However, coal emissions reached their highest levels in 2012 and have remained slightly lower since then. Emissions have been declining at an annual average of 0.5% over the past five years to 2018. 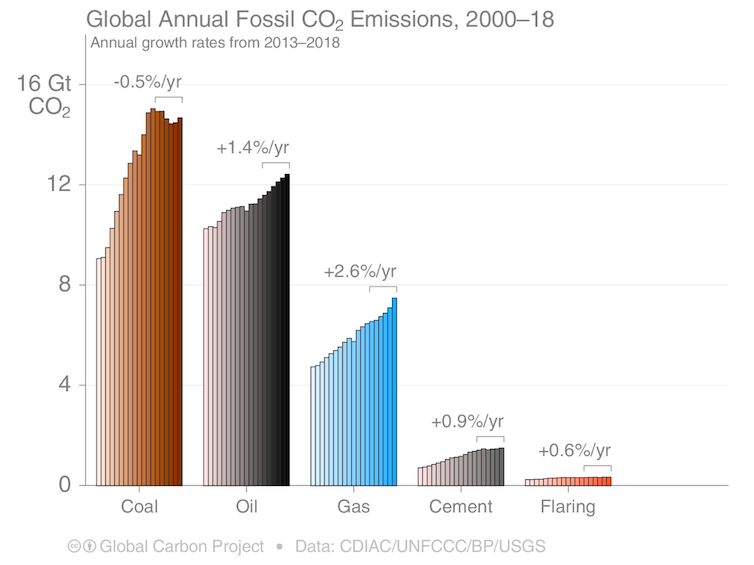 Coal emissions hit a peak in 2012 and have been declining ever since. Global Carbon Project 2019

The US has announced the closure of more than 500 coal-fired power plants over the past decade, while the UK’s electricity sector has gone from 40% coal-based power in 2012 to 5% in 2018.

Whether coal emissions reached a true peak in 2012 or will creep back up will depend largely on the trajectory of coal use in China and India. Despite this uncertainty, the strong upward trend from the past has been broken and is unlikely to return.

This uptick in natural gas consumption is driven by a range of factors. New, “unconventional” methods of extracting natural gas in the US have increased production. This boom is in part replacing coal for electricity generation.

In Japan, natural gas is filling the void left by nuclear power after the Fukushima disaster. In most of the rest of the world, new natural gas capacity is primarily filling new energy demand.

Oil emissions, on the other hand, are largely being driven by the rapidly growing transport sector. This is increasing across land, see and air, but is dominated by road transport.

Australia’s emissions have also seen significant reductions from coal sources over the past decade, while emissions from oil and natural gas have grown rapidly and are driving the country’s overall growth in fossil CO₂ emissions. 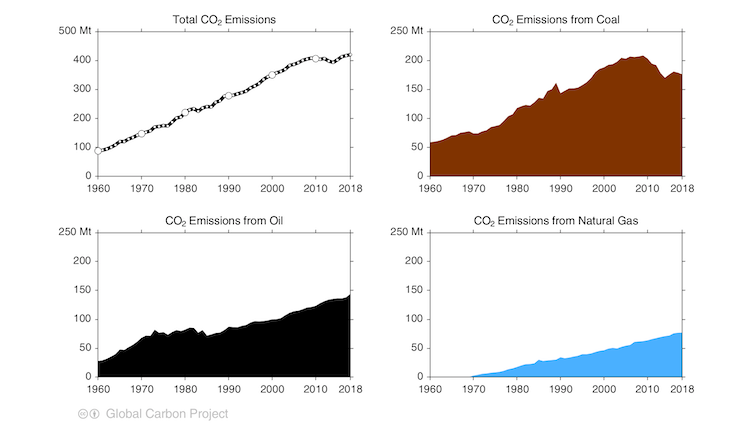 The accelerated loss of forests in 2019 not only leads to higher emissions, but reduces the capacity of vegetation to act as a “sink” removing CO₂ from the atmosphere. This is deeply concerning, as the world’s oceans and plants absorb about half of all CO₂ emissions from human activities. They are one of our most effective buffers against even higher CO₂ concentrations in the atmosphere, and must be safeguarded.

Fires and deforestation in the Amazon and Southeast Asia drove a new record high in land-related emissions. Global Carbon Project 2019

Not all sinks can be managed by people – the open ocean sink being an example – but land-based sinks can be actively protected by preventing deforestation and degradation, and further enhanced by ecosystem restoration and reforestation.

For every year in which global emissions grow, the goals of the Paris Agreement are one step further removed from being achievable. We know many ways to decarbonise economies that are good for people and the environment. Some countries are showing it is possible. It is time for the rest of the world to join them.