The company hopes to reduce emissions across its entire value chain, including farms, production sites, and logistics.

Project Tree tires sell at a premium with the proceeds returned to farm smallholders through farm tools, fertilizer, and training.

Under the two joint ventures with ADM, LG Chem will build a facility to annually produce 75,000 tons of polylactic acid. 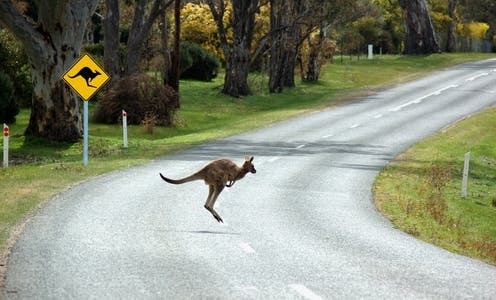 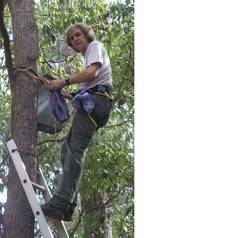 Australia’s wildlife is increasingly threatened with extinction. One key driver of this is habitat clearing and fragmentation. An associated factor is the expansion of our road network, particularly the upgrade and duplication of our highways.

Governments expand our major highways in the interests of road safety and traffic flow. But major roads become barriers to wildlife movement, as well as places where cars can hit and kill many animals.

Our new research explores whether highway underpasses help animals safely cross roads. We wanted to know if animals actually use underpasses – and if they had hidden dangers by funnelling animals through a confined space, making it easier for predators. 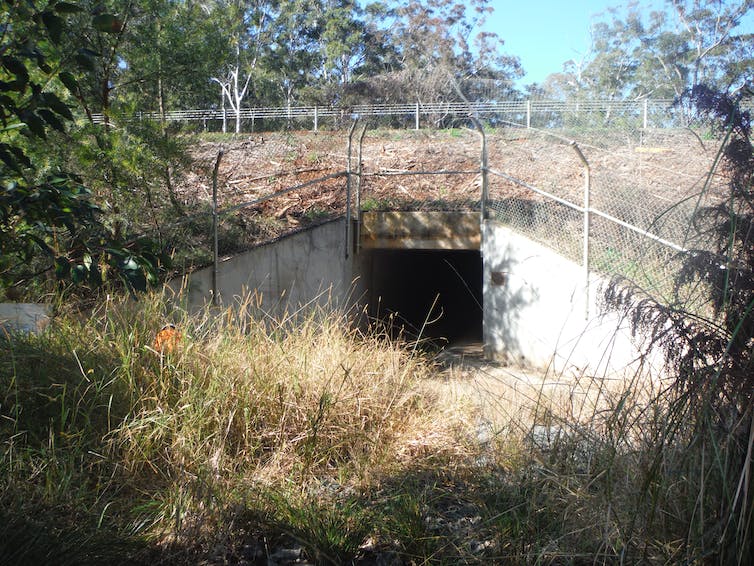 A wildlife underpass at Port Macquarie, with fences used to funnel animals through it. Author provided

What did we find?

To find out whether underpasses work, we used wildlife cameras to monitor 12 underpasses for more than two years in north-east New South Wales. Five under the Oxley Highway at Port Macquarie and seven under the Pacific Highway south of Grafton.

What we found was quite astounding. Vastly more animals than we expected were using the underpass. We detected over 4,800 medium-large mammals and goannas, while smaller species such as snakes and rodents also used the underpasses but were less reliably detected by our cameras. 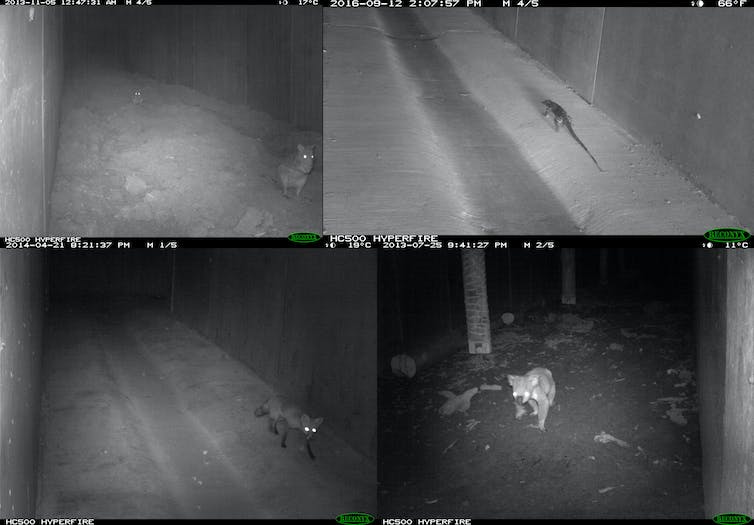 Many animals made use of the underpasses, such as: (clockwise from left) rufous bettongs, lace monitors, red foxes and koalas. Author provided

We were particularly interested in whether the endangered koala would use the underpasses. They did, occasionally. We found they were not avoiding the underpasses, because they were detected infrequently in the adjoining forest.

Do underpasses with fences reduce or eliminate wildlife roadkill? Anecdotal evidence for our study road at Port Macquarie suggested roadkill rates were very low. Only four roadkills (two eastern grey kangaroos, one red-necked wallaby and one brushtail possum) were reported to the local animal welfare group for this road segment over a three year period encompassing our study. However, we should not be complacent. Roadside fences develop holes and need to be repaired to maintain their value.

Many people believe underpasses increase predator risk. This idea – known as the “prey-trap hypothesis” – suggests predators will be drawn to places where they can easily pick off unsuspecting animals funnelled into the confined space of an underpass.

We detected red foxes, feral cats and dingoes using these underpasses. But of these, only foxes were detected frequently enough to be a potential concern. 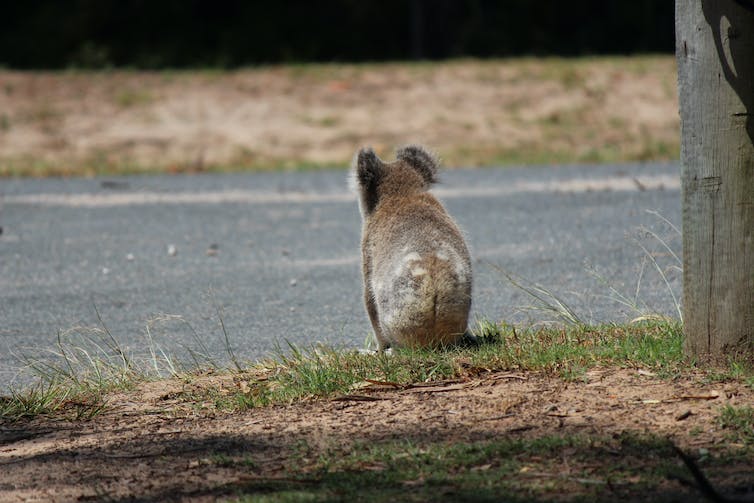 Even koalas were found to use underpasses. Shutterstock

We expected to detect foxes close in time to prey detection. But on average, there was a gap of over three hours between detecting foxes and bandicoots or pademelons, and over four hours between foxes and wallabies. We also found foxes were less often detected on nights when potential prey were using the underpasses.

These observations suggest potential prey may be avoiding the underpasses when foxes are about.

What conclusions can we draw?

Underpasses are a useful tool to enable wildlife to move across landscapes with roads. Not all ground-dwelling species of wildlife will find underpasses to their liking, but many do.

Could we retrofit underpasses to highways with very high roadkill rates? That depends. The conditions have to be right. For an underpass to be installed, you need the road to be adequately elevated. You also need roadside fences, to prevent animals taking the shorter but much more dangerous path across the highway. These fences don’t work if there are intersections, freeway off ramps or driveways.

What we need is to prioritise areas where underpasses are possible, where threatened species exist and roadkill rates are high. It’s very expensive to retrofit underpasses into existing roads, which is why we have to focus on priority areas.

In the future, it could be possible to use cattle-grid type structures to stop animals like koalas getting around fences and onto the roads. These are currently being trialled.

To figure out how to make underpasses even more effective, we need more publicly available research. At present, there’s a great deal of monitoring sitting in expensive but unpublished reports from consultants.

Underpasses are not a panacea for impacts on wildlife. And we shouldn’t use their effectiveness as a justification to run highways through pristine areas. They’re a tool to minimise impacts of road projects that have wide community support.