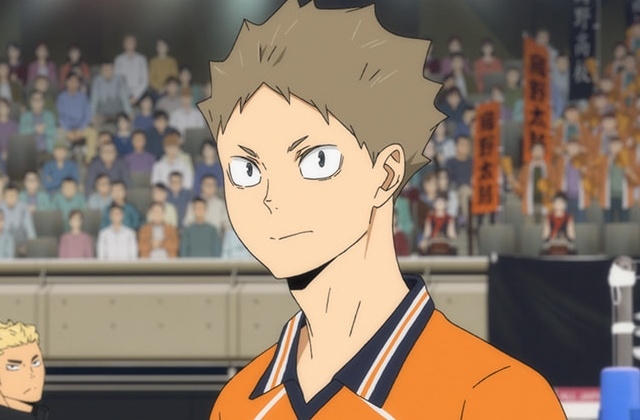 The game has now advanced to the third set. This is expected to be more intense since this is the last set that will determine the final winner in "Haikyuu" season 4, episode 21.

In the previous episode, the captain was first introduced. He has entered the court as his team is obviously losing the game spirit they needed to boost their game. With his mere presence, the team was surely revived.

Shinsuke Kita started playing, and this made his teammates feel more confident. The renewed confidence has also pushed the other players to strike back and do their best to win the set, or they will lose in the match. Kita was able to restore the good flow in their court, so they are able to score more.

Coach Korosu showered the team captain with praises as he can see his great efforts to lead the team. He may not be the star player in Inarizaki, but he did his part well and his job as the leader. No wonder they were able to get back and rally for the scores.

With the win in Inarizaki’s court, the third set has begun, and the happenings will unfold in “Haikyuu” season 4, chapter 21, which was simply titled "Hero. As posted on the official web page of “Haikyuu,” this week’s episode has been titled “Hero.” also, its plot summary reads:

“The battle with Inarizaki, which has entered the third set of fate and is becoming more intense. Karasuno, who is struggling with Miyayu's serve and Kakuna's haste, throws in a pinch server Kinoshita.”

Apparently, the second set ended with a tie, and a more intense third set is coming up in “Haikyuu” season 4, chapter 21. In this game, Nishinoya is expected to prove his skills once again. His moves and efforts can make him the MVP of this match.

Also, in the 57-second preview of the upcoming episode, Kageyama was shown practicing while Hinata was on riding his bike and peeking at a book store. Not much was revealed, so these scenes could be a period of flashbacks or during their break.

Finally, “Haikyuu” season 4 episode 21 is set to air on Nov. 21. Fans can catch the story on Crunchyroll.