How a fake 'free speech crisis' could imperil academic freedom 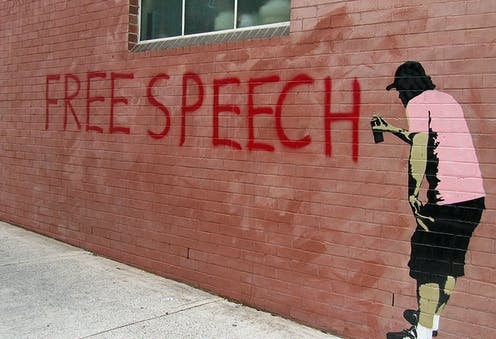 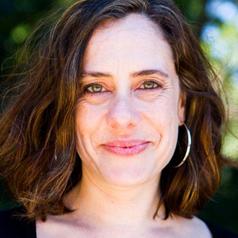 Forceful suppression of political and scholarly views in universities has a long and shameful history. University of Cambridge Chancellor John Fisher was hanged, drawn and quartered for failing to support Henry VIII’s “great matter”. A few years later, John Hullier was burned at the stake on Cambridge’s Jesus Green for refusing to renounce Protestantism.

We imagine our modern universities to be more civil. Certainly, in the 1950s, when Russel Ward’s appointment to the New South Wales University of Technology (now UNSW) was blocked for political reasons, this was frustrating, but not deadly. In Soviet Russia, by contrast, scientists who disagreed with Stalin’s approved theory of genetics went to prison. Some were executed.

This sounds like a good thing, which we would expect to reinforce academic freedom. However, in this case, the category of “free speech” actually conceals particular political interests that could threaten academic freedom.

Academic freedom has been very hard won. Such freedoms are important because they are how we know we can trust scholars to tell the truth about the discoveries they make, even when that means society, politics or the economy may need to change as a result. If Stalin had allowed his geneticists academic freedom, for example, they might well have prevented widespread famine. 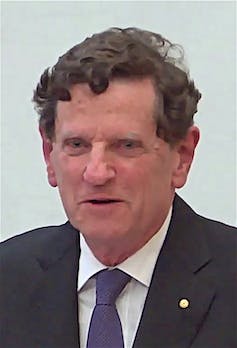 So, when the Institute of Public Affairs and the Centre for Independent Studies used a system of policy “audits” imported from overseas to declare a “free speech crisis” in Australian universities, this was taken seriously. Although academic freedom is different from free speech, the suppression of free speech can sometimes inhibit academic freedom.

One of our most meticulous retired High Court judges, Robert French, wrote a 300-page report on the subject. He concluded:

Reported events […] do not establish a systemic pattern of action […] adverse to freedom of speech or intellectual inquiry in the higher education sector.

French was not the only one who took the time to consider the question. Philosophers, legal scholars and vice-chancellors authentically explored free speech and academic freedom from every angle.

It became evident there was no “crisis” at all. Nevertheless, conservative commentators kept saying there was. No review could mollify them.

The rather more alarming news that the government has appointed another legal authority to monitor university compliance with French’s model code of free speech is unlikely to satisfy them either. The “crisis” cannot be resolved by assuring free speech, because that is not what it was about.

A ‘crisis’ born of an anti-PC campaign

The so-called “free speech crisis” is actually an anti-political correctness campaign waged by particular groups of conservative intellectuals. French’s review shows some Australian conservatives looked to the success of such campaigns in the United States and the United Kingdom in increasing the political right’s power. They manufactured a similar “crisis” in Australian universities to achieve the same ends here.

The difference from free speech is obvious. Anti-PC advocates want to be able to say what they like, but they do not want to be called “racist”, “sexist” or “homophobic” in response. Anti-political correctness is always earned at the expense of someone else’s free speech.

This is because anti-political correctness is linked to a conspiracy theory known as “Cultural Marxism”. Cultural Marxism is an imaginary left-wing movement that some conservatives believe deliberately coordinated a take-over of cultural institutions, including universities. Political sociologist Rachel Busbridge and her colleagues describe the transfer of this conspiracy theory from the US to Australia, where what was a far-right fringe theory has taken root in more mainstream conservative movements.

So, when the Institute of Public Affairs points to a “free speech crisis” in universities, it’s in fact seeking to take universities back from Marxists who some conservatives (falsely) believe control higher education. This is clearly not about free speech at all. 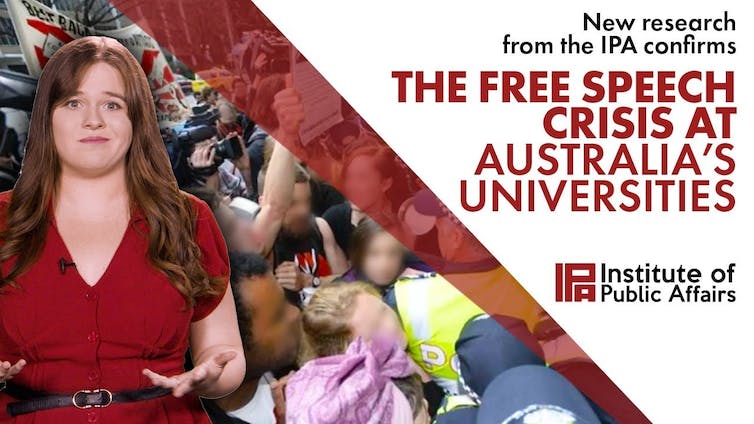 Does anti-PC have a place in universities?

Intellectuals earnestly exploring the supposed free speech crisis have suggested progressive (though probably not radical leftist) scholarship is more thoroughly developed in universities than conservative thinking. This may be placing some limits on conservative students to explore their politics in a rigorous and critical way.

If the university system was at its best, the right kind of response would see scholars making a new bargain: I’ll read Ayn Rand with you if you read Karl Marx with me (I’m game). But those who manufactured a free speech crisis did not intend to produce this kind of critical engagement nor even an authentic scholarly conversation between thinkers with diverse politics.

This is a pity. Universities have many flaws – they always have – but also many uses. It would be useful if they provided the intellectual underpinnings to democracy, especially as the world changes. This means producing better conservative work than they currently achieve, while also continuing to nurture the universities’ quite well-developed progressive thinking.

This is a critical job. It’s not one that can be achieved by the loudest, most insulting yelling – though students are free to do that, too. But the job of the university, at its best, is to find a critical place for anti-political correctness on campus, just as for all kinds of ideas.

Students could fruitfully explore the history and philosophy of libertarianism and anti-political correctness in political science, cultural studies, history, political economy and many other disciplines. Of course, they should similarly engage with feminism, critical race studies and postmodernism. 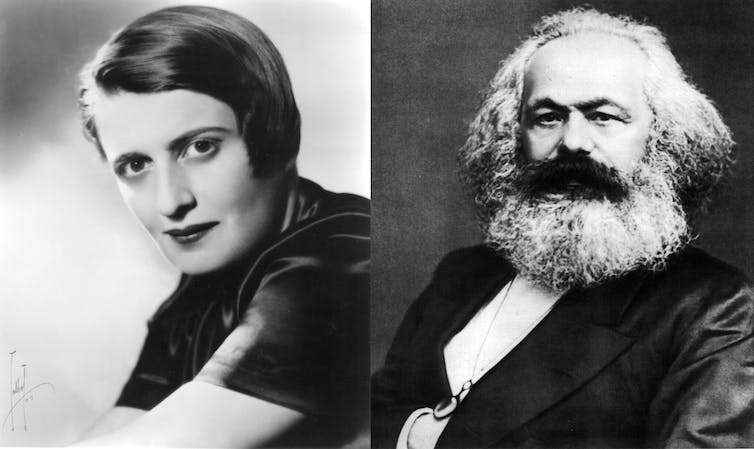 A willingness to read both Ayn Rand and Karl Marx is not the kind of critical engagement many free speech campaigners have in mind.

Imposing anti-political correctness on all members of the university as a compulsory philosophy undermines, rather than promotes, academic freedom. To do so under the cover of “free speech” is not only disingenuous, it further jeopardises our universities, which are already facing risks to academic freedom. These are increasingly due to the commercial pressures universities face.

Financial pressure was not always the source of threats to academic freedom. It used to be government. The predecessor to the National Tertiary Education Union was formed during the Cold War in part to defend academic freedom in Australia from the kind of McCarthyism going on in the United States.

Things have changed, but the union has continued to support academic freedom. More recently, the union spoke in support of Peter Ridd, whose comments on Sky News opposing his colleagues’ claims that climate change has affected the Great Barrier Reef got him sacked from James Cook University.

This last case is rather different to the earlier ones, since many more commercial interests are at stake. Ridd’s GoFundMe page seeking support for a High Court appeal shows hundreds of thousands donated by the likes of Bryant Macfie, whose commercial interests align with their denial of the majority of climate science.

Commercial interests are a threat

Universities are vulnerable to commercial pressure. Over the past 40 years, universities have become explicitly commercial enterprises. A vice-chancellor’s job now pressures them to protect their institution’s “brand” first, perhaps more than academic freedom.

Although the specifics of the Ridd case suggest this is actually about the university’s code of conduct, university managers have tended to be quicker to protect income streams than scholarly independence.

In 2016, La Trobe University management suspended Roz Ward over a private post on Facebook supporting the “red flag forever”. Management reportedly responded to pressure that threatened the withdrawal of funding for their Centre for Health, Sex and Society.

Academic capitalism has grown in universities worldwide since the 1980s. Its critics have regularly pointed out the academic freedom risks associated with commercialising scholarly endeavour. These have only increased as the logic of profit dominated higher education.

Recently, the University of New South Wales appeared to allow its commercial interests – the importance of international fees paid by students from China – to trump its commitment to academic freedom when it deleted a tweet by Elaine Pearson about human rights in Hong Kong.

University of Queensland student Drew Pavlou recently lost an appeal against his suspension. He claimed his suspension was punishment for speaking out about Chinese funders influencing course content.

Aligning commercial interests to academic work was always fraught, but government funding too came with risks. In fact, mid-20th-century vice-chancellors were at first reluctant to accept Commonwealth funding for fear government interference would jeopardise academic freedom. Between the Murray review of the 1950s and the Dawkins reforms of the 1980s, a “buffer body”, the Australian Universities Commission (later the Commonwealth Tertiary Education Commission, when colleges of advanced education were included), sought to keep the government’s political interests at arm’s length from university funding.

The buffer has long gone. As the university commercialised, academic freedom has become more precarious.

From this point of view, the Walker appointment to monitor university compliance with free speech seems perilous. Since there was no free speech crisis, the government’s attentiveness to free speech on Australian campuses is little more than a dog-whistle to particular political interests.

Depending on how Walker approaches her task, rather than protecting free speech in Australian universities, the government’s policing of free speech, ironically enough, may threaten academic freedom.