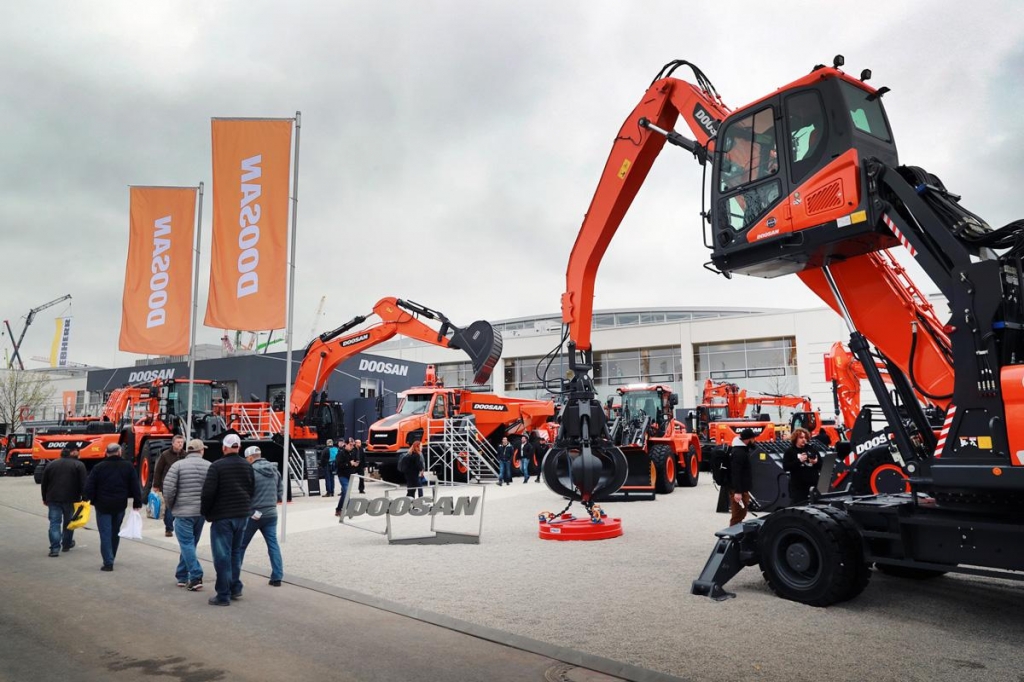 Doosan Infracore manufactures and sells construction equipment and engines such as excavators.

Hyundai Heavy Industries Holdings Co. (HHI Holdings) has submitted a preliminary bid for a 36.27 percent stake in Doosan Infracore Co. after declaring last month that it would not pursue a purchase due to concerns over the latter's debts.

Doosan Heavy Industries & Construction Co. (DHI), the parent of Doosan Infracore, managed to obtain a cash infusion of 3 trillion won from its creditors, including the Korean Development Bank, to help it tide over short-term debts worth 4.2 trillion won, scheduled for payment within the year.

Doosan Bobcat, owned by Doosan Infracore, will be excluded in the proposed sale this time.

The price is expected to start between 700 billion won and 800 billion won, including a premium for management control.

Doosan Group and its sales manager are eyeing to get at least 1 trillion won.

The stake is valued at around 600 billion won based on Doosan Infracore's market cap of 1.65 trillion won.

Doosan Infracore manufactures and sells construction equipment and engines such as excavators.