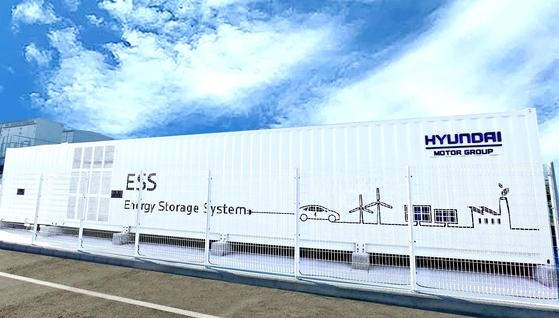 Hyundai would provide its independently developed ESS, while CPS would operate the facility, and OCI would manage the software.

ESS stores leftover electricity by renewables such as solar and wind power.

The three firms will establish an ESS facility in September that can store a half-megawatt power, which is enough to power some 100 homes for a day.

Hyundai would provide its independently developed ESS, while CPS would operate the facility, and OCI would manage the software.

The objective is to extend the shelf life of EV batteries, which have to be replaced once their capacity falls below 70 percent, according to Hyundai Motor.