If Trump loses the election, the first week of August will be blamed 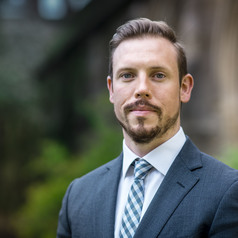 It turns out there’s a line that even Donald Trump can’t cross with impunity.

In the course of the most bizarre 14 months in modern American political history, Trump has mocked a disabled reporter, insinuated that Mexican immigrants are rapists and murderers, suggested that an American-born judge with Mexican ancestry is professionally biased because of his ethnic heritage, implied that a female reporter was aggressively questioning him because of her menstrual cycle, and consistently shown that he lacks even the most basic understanding of critical issues in global affairs.

Amazingly, he crossed those lines unscathed. He won the Republican nomination handily, and even came out of his party’s bizarre nominating convention with a modest lead over his Democratic rival, Hillary Clinton.

But suddenly, he went into sheer meltdown. And if the 2016 race continues on its current trajectory and Trump loses, the first week of August will be remembered as the tipping point – the moment when the prospect of the White House being repainted in Trumpian gold slipped away.

At the Democratic National Convention, Khizr Khan, the Muslim-American father of a fallen American soldier, Captain Humayun Khan, delivered a powerful but scathing indictment of Trump’s xenophobic proposal to ban Muslims from entering the US. Khan asked Trump if he’d even read the US Constitution, and then held up his own pocket copy, offering to lend it to Trump if he hadn’t.

Among all the convention’s speeches, with one political icon after another taking star turns, Khan’s speech stood out. But it was far short of a knockout blow, and might have been all but forgotten by the time voters cast their ballots in November.

Enter Donald Trump, the master of prolonged controversy – and a story that looked set to ebb away took over the news cycle for a full week.

Trump promptly fired off a statement saying Khan had “no right” to suggest that he had never read the constitution, particularly ironic given the constitution’s first amendment endows all Americans (and therefore Khan) with that precise right. By insulting both Khan and his wife Ghazala – who he suggested had stood silently by her husband’s side because he had muzzled her out of Muslim misogyny – Trump may have finally found the limit of what his reluctant Republican backers can stand.

A remarkable number of voters seemed willing to let Trump insult minorities in general, and reporters, political opponents, and even judges specifically, but insulting the quiet dignity of a grieving military family is proving a step too far.

Most Americans of all political stripes view the so-called “Gold Star” families of soldiers killed in combat as beyond reproach. To many veterans, soldiers, and their families, insulting a mother who lost her son in Iraq for being silent in her grief is an unfathomable. And the problem for Trump is that there are a lot of people who have a personal affiliation with the United States Armed Forces, and who are well-positioned to deny him the presidency with their votes.

Nationwide, there are roughly 1.3m active duty Americans in the armed forces and 800,000 more reserves. That’s about 1 in 100 people of voting age. Each soldier has family and friends; they vote too. And Florida, which Trump must almost certainly win to be elected, is home to the fifth-largest number of military personnel of any state.

As if the “Khantroversy”, as it has been dubbed, wasn’t enough, Trump spent the ensuing week gilding the lily with other disasters.

He implicitly endorsed Vladimir Putin’s annexation of the Crimea, ejected a crying baby from a rally because its cries were interrupting his speech, and said he had “always wanted” a Purple Heart (the medal that wounded soldiers receive in recognition of their injuries) but preferred to be handed it by a veteran rather than earn it himself.

He then declined) to endorse major Republican figures, including the house speaker, Paul Ryan, and Arizona senator and former presidential nominee John McCain. McCain, who faces a tough re-election fight, is a widely respected war veteran, imprisoned and tortured for years as a prisoner of war during his service in Vietnam. Trump has already insulted him, saying: “He’s not a war hero. He was a war hero because he was captured. I like people who weren’t captured.”

Had any conventional candidate done just one of these things – and this isn’t even a comprehensive list – they would have sunk faster than the Titanic. But Trump has floated dozens of his own icebergs and somehow steamed onwards each time, apparently ever more confident that he really is unsinkable.

This apparent immunity to political norms has exposed the sheer fury that many Americans share towards the establishment and its mores. With his ever more confident populist demagoguery, Trump has seduced tens of millions of people, but has also injected steroids into a deep vein of bigotry and hatred that was previously hidden from view.

But at last, his immunity seems to be at an end. His tactics appear to be turning most of the electorate off as never before: the latest statistical models from forecasters such as FiveThirtyEight suggest that as things stand now, Trump would have less than a 10% chance of becoming president.

That puts Hillary Clinton on track to win the White House by what Trump might call a “yuge” margin. The latest polls have her ahead by as many as 15 points nationally; for comparison, Mitt Romney lost to White House occupant Barack Obama in 2012 by a margin of 3.9%. She is also extending her lead in crucial swing states such as Pennsylvania and Florida.

Even so, Clinton’s victory is far from a foregone conclusion. Trump has had the worst week of his campaign to date, and he may well have finally gone too far to revive his sinking candidacy. But if the campaign has proved one thing about him, it’s that his ability to surprise – and to survive – may be boundless.

Brian Klaas does not work for, consult, own shares in or receive funding from any company or organisation that would benefit from this article, and has disclosed no relevant affiliations beyond the academic appointment above.