Since the show started in 2002, every year, the viewers have voted for their favorite contestants and made them win. The celebrities entered the game and left with a tremendous amount of fan following. I am a celebrity… Get me out of here has been the most popular reality TV show for quite a long time.

In 2011, Dougie won the show with his champ spirit. He believed in keeping himself and everyone happy throughout the show, and that worked in his favor. Peter Andre even sang a song for him, and that made him worthy of the trophy.

She may appear like a villain in EastEnders show, but as soon as she entered the campsite, everyone got to see the real Charlie Brooks. She struggled a lot being away from family, but in the end, it was all worth it for her.

To date, the season that aired in 2013 gained the maximum viewership during that time. Kian Egan was a strong competitor, and everyone knew it. Hence he deserved the trophy more than anyone else.

He was the participant of seven trials, and shockingly, this firmer motorbike racer never failed in any of them. Every time he brought a star, the fans grew more and more fond of him.

From water cannons to underwater dives to climbing mountains, Vicky did it all. She showed a tremendous amount of courage during her time in the show and won it gracefully.

Scarlett Moffatt was not expected to become the show's winner, but she was determined enough to take up every challenge and make several memories with them. It was evident that the audiences loved her down to earth nature.

The viewers seemed to love Georgia since the day she entered the jungle. She made a place in every campmates' heart despite being a comparatively lesser-known celebrity in the lot. Her social media following also drastically increased in 3 weeks, which was on average when she entered. 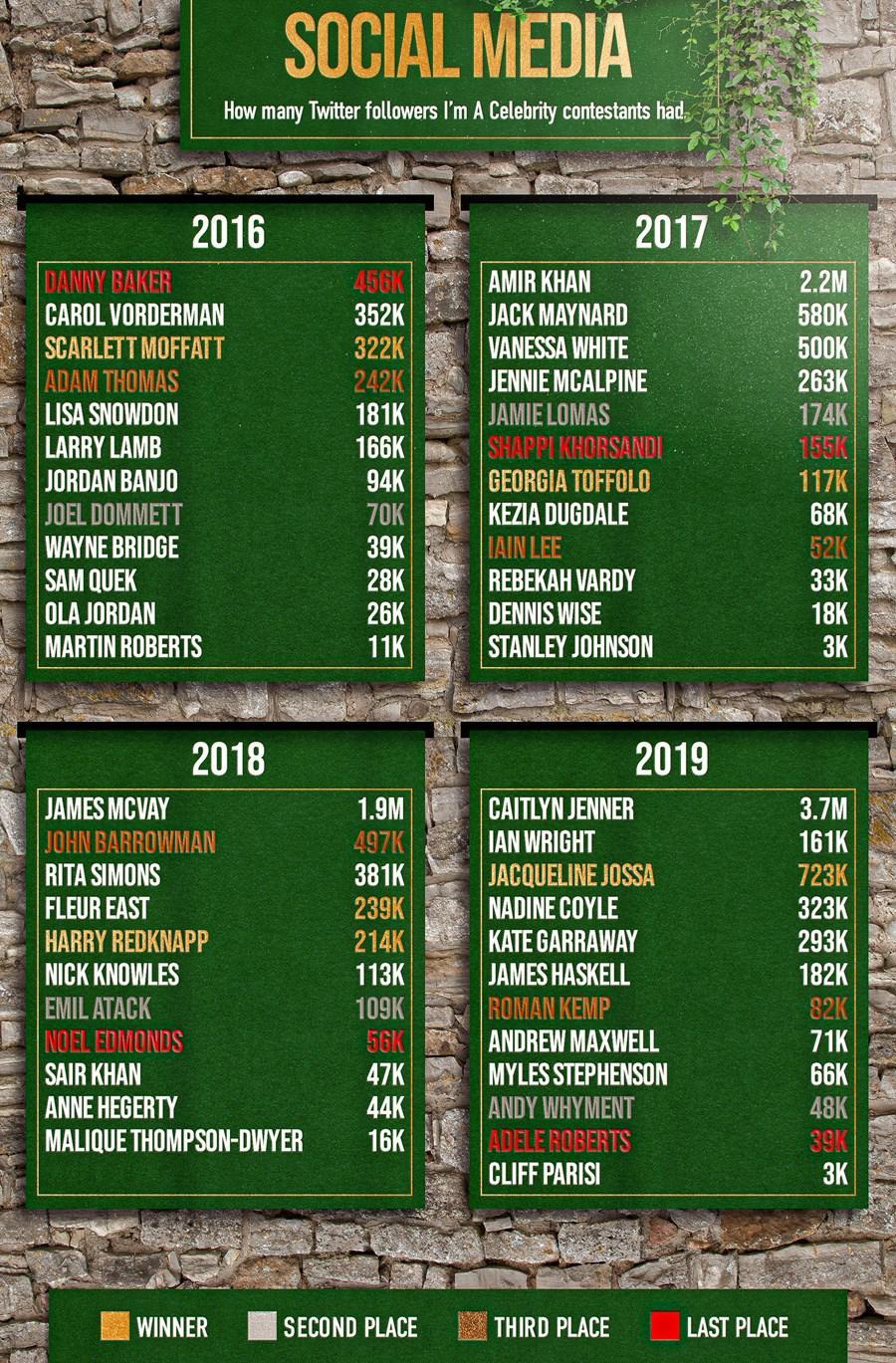 When Harry won the trophy, he was not only thrilled but also shocked that he had won it. He earned a massive fan following despite being in the later years of his age. Viewers voted for him on Betway and made him win;

She was the queen of the jungle in 2019; the actor played precisely well. To win any game, you need to have courage, determination, and perseverance, and she showed it in the game. Emotionally, she also said after the show that it was a huge turning point in her life.