What defunding the police could mean for missing persons

George Washington was silent, but Trump tweets regularly – running for president has changed over the years

Journalists have become diplomatic pawns in China's relations with the West, setting a worrying precedent

I'm devastated for Beirut – a city I thought I hated 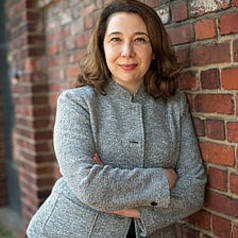 Since the explosion in Beirut I’ve listened repeatedly to the song Ya Beirut (Oh Beirut) by the Lebanese diva Majida al-Roumi, while obsessively reading the news and checking on extended family members – like any other expatriate Lebanese.

The song, which was originally a poem by the Syrian poet Nizar Qabbani, describes the city as it emerged from the civil war. The poet/singer apologises to the city for misunderstanding it, for maltreating it and calls on Beirut to “rise from beneath the rubble”. Yet the line that struck me the most, that echoed within me was “we now know that your roots are deep within us”. That was an epiphany, as I always thought I hated Beirut.

I first came to know Beirut in the fall of 1988 as a student at the American University of Beirut (AUB). I had not turned 18 yet and came to study English literature as books had been my only friends growing up. They offered me an escape from the realities of the civil war. Jane Austen, Honoré de Balzac, Fyodor Dostoyevsky and others gave me a window into other worlds when bombs fell and bullets sang around us. I was excited to start a new life in a city where I could reinvent myself. Beirut destroyed all my dreams.

Soon after the end of my first semester at AUB in 1989, Michel Aoun, the current president of Lebanon, then head of a military government, began his “war of liberation” against Syria. The western side of Beirut where the university is located was shelled and we were forced to evacuate.

Upon our return following the Ta’if agreement which ended the civil war and sent Aoun into exile in Paris, we resumed our studies. The spring semester of 1990 was crammed into the next academic year, and we undertook an intensive course of study to graduate on time.

I came to hate with passion every moment I spent on the AUB campus and could not wait to leave Beirut, a city I had come to revile after all the years of turmoil. My acceptance for an MA in English literature at the University of London was the initial step in a long trajectory that took me to Paris, Berlin, the US and now Sweden.

Over the following decades, I switched from studying literature to Middle Eastern politics. After growing up in Lebanon during the civil war, I needed to tease apart in an intellectual and systematic manner the events that I sleepwalked through using literature as a crutch. The resulting book Pax Syriana allowed me to clarify (if only in my own mind) the role of political elites not only in the war, but also in the postwar era.

These political elites were mainly warlords who “recycled themselves” as politicians. They were rich tycoons who had made their money abroad, military men and members of the militant group Hezbollah. Lebanon, and specifically Beirut, was a virgin territory where these people could enrich themselves and their cronies.

Clientelism has always been a characteristic of Lebanese politics but it evolved into grand corruption in the postwar period. Graft was rampant in key sectors of the economy, including transport, healthcare, energy, natural resources, construction, waste management and social assistance programmes.

The Lebanese rose up in October 2019 against this political malfeasance, demanding the fall of the sectarian regime. They called for the removal of Michael Aoun, who had returned to Lebanon in 2005 after his exile in France and became president in 2016.

The coronavirus pandemic put a stop to the marches and sit-ins on the streets of Beirut and other Lebanese cities. Soon thereafter, the economic freefall predicted by analysts took place.

The economy decimated, Lebanon was falling apart at the seams. Then came the August 4 explosion in the Beirut port, and the medical, economic and social catastrophe took on gargantuan proportions. The dead have not been counted yet, as many are still under the rubble, but over 5,000 are wounded. More than 300,000 are said to be homeless.

The explosion is said to be due to 2,750 tons of ammonium nitrate confiscated in 2013 and improperly stored since then in the port. The chemical was to be auctioned or somehow disposed of, but that never happened. Its storage near residential areas was a disaster in waiting.

The Beirut port is a key node in the Lebanese transport sector and the import-dependent economy moves most of its imports through it, including the majority of foodstuffs. However, as a port employee has noted, “corruption at the port is a rule” and while Hezbollah controls it, all Lebanese politicians have interests in this crucial transportation hub. This therefore appears to be a case of criminal negligence on the part of every single Lebanese politician, but especially all the governments that have been in power since 2013.

While writing these words, I find myself choking with a strange mixture of relief and pain. The relief is the knowledge that I have escaped Lebanon – that I saw through the mirage of the postwar period and refused to go back to a failing state. I feel strangely justified in every single decision I took in the past decades.

But my heart is also bleeding for a city I thought I hated. I hurt for the youth of Lebanon stuck in a hell without hope of escape. I read the words that Hamed Sinno, the lead singer of the Lebanese band Mashrou’ Leila, posted on his Facebook page and I weep:

I have an inkling what this feeling stuck in my craw is: it is survivor guilt. I survived Lebanon and Beirut but my roots are still there.