It's time for the 'science of sensibility' to return

Angelica Kauffmann, Self-portrait Hesitating between the Arts of Music and Painting, 1791 Wikimedia Commons 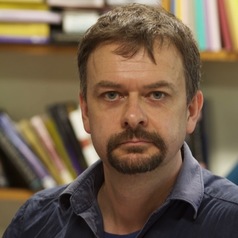 What is beauty in art? Why can art move us emotionally? How do our minds and bodies respond to art? These and other questions, some linked to what we now call aesthetics, occupied some of the greatest minds of the Enlightenment period. During the middle decades of the eighteenth century, in Britain especially, a remarkable burst of intellectual activity occurred that focused upon our response to art.

The reason that the question of art and aesthetics concerned so many thinkers of the time was simple but profound: in studying our response to a painting, a poem or a piece of music we gain an understanding of how our mind and body works. Put another way, the study of art was the study of humankind itself.

The flurry of eighteenth-century treatises was not only part of a discussion about art and taste, but of an ambitious “science of sensibilty” – sensibilty here having its eighteenth century meaning related to “of the senses”. Amongst the notable figures who tackled the issue was Edmund Burke (1729-1797), the great statesman and philosopher. Burke’s A Philosophical Enquiry into the Origin of Our Ideas of the Sublime and Beautiful (1757) was key in claiming that our response to art was linked to human physicality.

While not the first to make the connection, his Enquiry was explicit about the link between our experience of art as a corporeal process. According to Burke, beauty led to a relaxation of the nervous fibres of the body, while the sublime – like pain – increased their tension. Even words could carry emotional impact through their sound alone, rather than because of their actual meaning.

By the end of the eighteenth century however, a new approach to thinking about art emerged. Articulated by philosopher Emmanuel Kant in his influential Critique of Judgement (1790), the idea of “disinterested interest” in art is one that has dominated since. Put simplistically, this is where the identification of beauty in art was based upon judgement about the object’s form rather than in one’s response through feeling.

The science of sensibility, at least in its eighteenth century form, was at an end. Specialist scholarly disciplines emerged or solidified through the course of the eighteenth and nineteenth centuries where there was once a glorious lack of distinction. The now familiar areas of psychology, cognition, aesthetics, music and art history, anthropology and evolutionary biology delved deeper into their respective interests, but talked less across their hardening boundaries.

Now, approximately 250 years after Burke’s Enquiry we are again faced with the exciting prospect of broad scholarly dialogues about art, the mind and the body. For example, in recent years neuroscientists with interests in art have established the new field of neuroaesthetics.

Semir Zeki talks about the neurobiology of beauty at TEDxUCL

Neuroaesthetics is “aimed at advancing our understanding of how humans process beauty and art”. Semir Zeki, the scholar who coined the very term “neuroaesthetics” insists that artists are neuroscientists too, in that they create objects that play with the perceptions and operations of the brain.

Neuroaesthetics, and neuroscience more generally, is not the only player though. Other research into visual and music cognition, art and psychology, the evolution of humankind, and the evolutionary basis of language, are just some examples of “the sciences” looking at art.

To date, one of the most fascinating ideas to emerge includes that of “embodied cognition”. This is where our cognitive processes are deeply effected by physical contexts, including the body itself. The interconnection between mind and body is being reaffirmed in a way that would have pleased Enlightenment thinkers like Burke.

Amongst some of the intriguing findings of scientific studies include things like when we look at a photograph or painting implying movement of a person, activity-related areas of the brain become active.

A recent study has shown a link between aesthetic responses and implied movement in Michelangelo’s Fall and Expulsion from Garden of Eden.

Related to embodied cognition is the theory of mirror neurons. This is where the same neurons activate in an observer as those in the person (or monkey) actually doing the action. Mirror neurons are explained by Gustaf Gredebäck in this video:

TEDxGöteborg - Gustaf Gredebäck - The Mirror Neuron System: Understanding Others as Oneself

The implications of all this are enormous, but simply confirms what lovers of the arts have always known: music, painting, and dance evokes in us deep and visceral responses.

For the scholar of the arts, the discoveries, theories and outright speculations emerging from these rich fields are exciting but also troublesome. What does understanding neurological processes in art mean about art’s place and meaning in our life anyway? What’s the relevance to the “traditional” scholarship of art historians and musicologists?

Perhaps returning to the mission of Burke’s “science of sensibilty” can be both the inspiration and cautionary tale we need. After all, if Zeki is right, and artists themselves can be thought of as neuroscientists, then maybe arts scholars have been studying the mind and body all along.

Alan Davison does not work for, consult, own shares in or receive funding from any company or organization that would benefit from this article, and has disclosed no relevant affiliations beyond the academic appointment above.