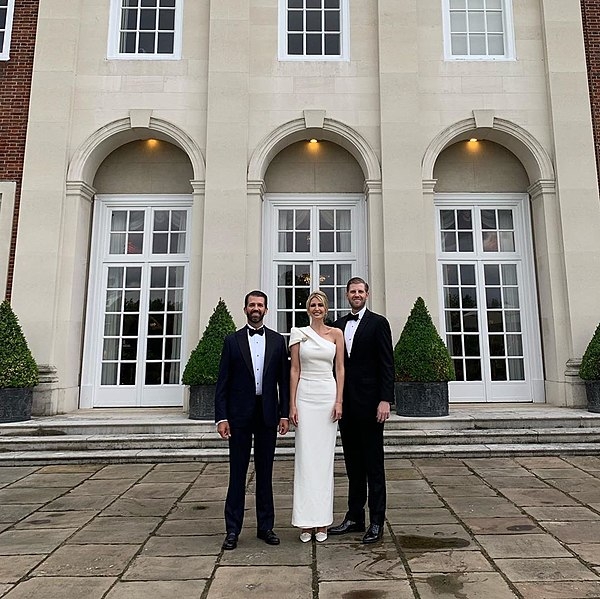 One of the books that reveal a little more about the Trump family is coming from Donald Trump’s former personal attorney Michael Cohen. In his book, it revealed how his eldest children, Donald Trump Jr., and Ivanka Trump, raised concerns about their father’s ‘racist’ attacks on immigrants and Hispanics.

Cohen’s book, “Disloyal: A Memoir: The True Story of a Former Personal Attorney to Donald J. Trump,” revealed how Ivanka and Don Jr. had contrasting viewpoints to their father’s incendiary rhetoric against immigrants and Mexicans back in 2015. Along with their brother Eric Trump, Ivanka and Don Jr. were described to be “mortified” at the remarks their father has made in his announcement that he will run for president in the 2016 elections, a run that will ultimately win him the electoral college against Hillary Clinton.

Don Jr, Ivanka, and Eric were supposedly appalled to the extent that they wanted their father to suspend his campaign as it would damage their reputation and social standing, according to Cohen. As Trump’s three eldest children serve as vice presidents of the Trump Organization, they feared that their legacy would be forever tarnished because of the division and fear that Trump stoked among his supporters and the Republican party in general. Out of fear of telling Trump themselves, they approached Cohen for help.

“Ivanka led the charge. You’ve got to get dad to stop the campaign. It’s killing the company,” wrote Cohen. Don Jr. said that it was also costing the company millions. Unfortunately, Trump was determined to continue with his rhetoric, saying that Hispanics and Black Americans will never vote for him anyway.

Ultimately, Ivanka and Don Jr. have effectively positioned themselves as their father’s biggest supporters. During Labor Day weekend, Ivanka shared photos of her weekend with her children Arabella, Joseph, and Theodore, on her Instagram. Ivanka’s husband, Jared Kushner, who is also serving as White House adviser, was not in the photos. Kushner likely just came back from his trip to the Middle East and London at the time the photos were taken.

“Back to School,” wrote Ivanka in the caption of her next post, marking her kids’ return to school for the new school year.