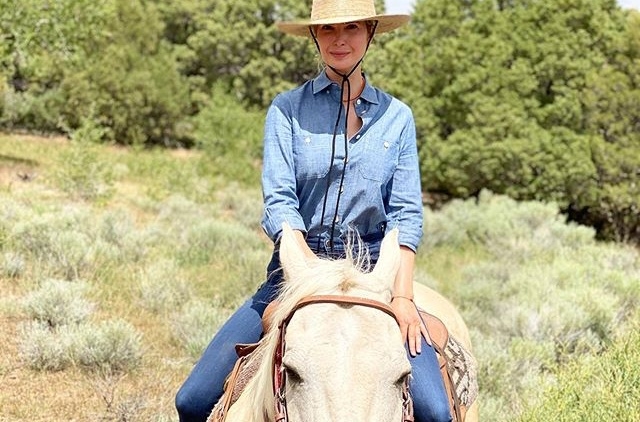 Ivanka Trump is getting lots of mean comments after she participated in the #ChallengeAccepted trend that is popular on social media today. This asks women to post a black and white photo of themselves and invite their friends for the challenge too so it is a chain that goes on.

Women who were asked to take the challenge received a message from their friends and it reads: “I was careful to choose who I think will meet the challenge, but above all who I know who shares this type of thinking, among women there are several criticisms. Instead, we should take care of each other.”

To put it briefly, posting the black and white photo is supposed to be for the empowerment and solidarity of women. Women ask women to support each other so with this, many are joining the challenge.

On July 29, Ivanka Trump posted her black and white photo on IG and it showed her as a pregnant woman. In the caption, she wrote a long message but some ordinary women who saw it did not see her message in a good light.

“Gratitude for the sisterhood – the women who have held me up and pushed me forward! Each day brings countless opportunities, large and small, to spread light and uplift those around us,” she wrote. “Let’s be kind to each other and choose to love, support and strengthen one another.”

Ivanka further said that they are all mothers who are unique and beautiful and asked fellow women to love each other. She also added the hashtag #womensupportingwomen

The reason for the backlash

Ivanka Trump is a woman too and many popular celebrities have uploaded their black and white photos as well. However, why is it that only the First Daughter who was criticized?

Many women were not impressed with her participation because they said her father and current POTUS Donald Trump is not pro-women. Critics were saying if she is truly supporting fellow women she should be committed to fighting for women’s rights in the U.S.

Some of the harsh comments she received on Twitter read: “We are so sick of Trump and all his grifters - especially phony Ivanka! Stop already! Finally, another one said: “If you support women then you'd be outraged by your father.”