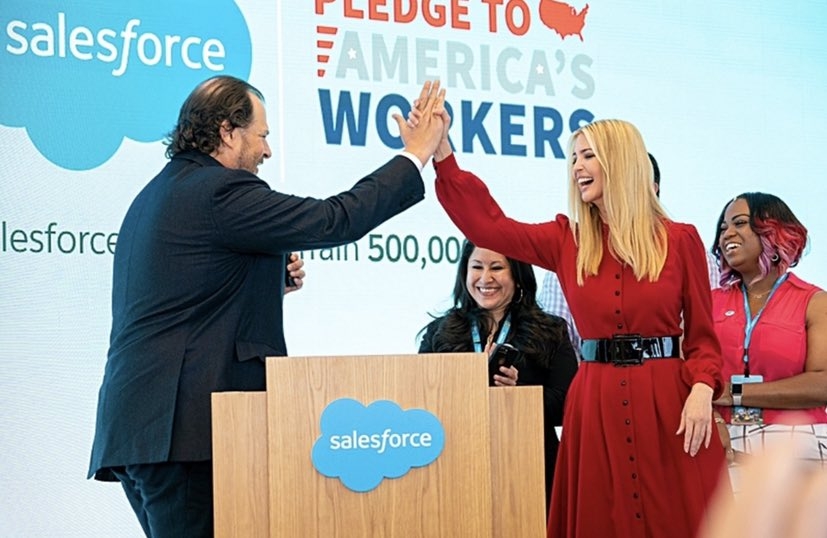 Following the exit of the Trump administration last week, Donald Trump’s daughter and White House adviser Ivanka Trump has stayed under the radar. With growing speculations that Ms. Trump would be seeking a Senate run to represent Florida, sitting Republican Senator Marco Rubio comments on what lies ahead on her potential bid.

Two of Trump’s adult children, Don Jr. and Ivanka, are being touted as their base’s pick to run for office, most especially Ivanka. With Ms. Trump and her husband Jared Kushner relocating their family to Florida, rumors have circulated on whether she may launch her political career in the state. Should she kick start her career in politics in Florida, speculations are rife that she may be eyeing a Senate seat, particularly the seat of Republican Marco Rubio.

Speaking to Fox News’ Chris Wallace over the weekend, Rubio appeared to dismiss the probability of Ivanka challenging his Senate seat. Instead, Rubio seemed to imply that he was more concerned about being challenged by a candidate of the opposing party.

“If you’re going to run for the Florida Senate, if you’re going to run state-wide in the state of Florida, you’re going to have a tough race and that might include a primary. That’s their right under the system,” said Rubio. “I don’t own the Senate seat. If I want to be back in the US Senate, I have to earn that every six years.” When pressed further on the speculation, Rubio praised Ivanka and that they have worked very well together and that anyone can decide to run if they wanted to.

Whether or not Ivanka really pursues a political career remains to be seen. However, according to political consultant and scientist Dr. Louis Perron, Ms. Trump’s only advantage in a political bid would only be her last name. This is especially more evident since the riots that occurred at the Capitol last January 6. Pro-Trump rioters stormed the building in an attempt to overturn election results and possibly to harass several lawmakers including vice president Mike Pence.

“The Trump last name. Nothing more, nothing less. If she wasn’t a Trump, she’d be nothing in politics,” said Dr. Perron.