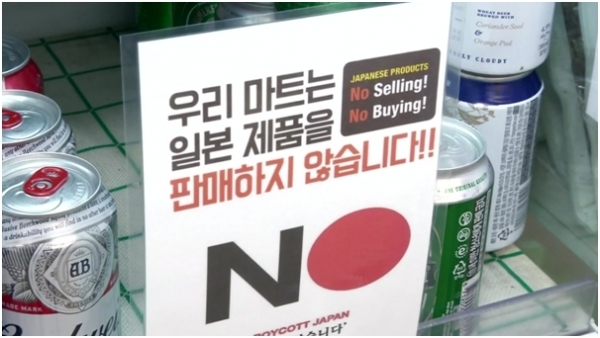 The operating profits of 31 Japanese consumer goods producers in South Korea plunged to 71 percent in 2019 on-year due to a boycott against Japanese products.

Sales of the Japanese firms also dipped by 6.9 percent, with those of foodstuffs decreasing nearly 20 percent during the period.

Meanwhile, Japanese cosmetic makers and retailers in South Korea have to endure on-year sales drops of 7.3 percent and 3.4 percent, respectively.

The two states have been in a trade dispute since July 2019 after Japan restricted exports to South Korea of materials crucial to the latter's production of chips and displays.

Japan claimed that such demeanor was a result of South Korea not effectively controlling sensitive materials that could be utilized for military purposes.