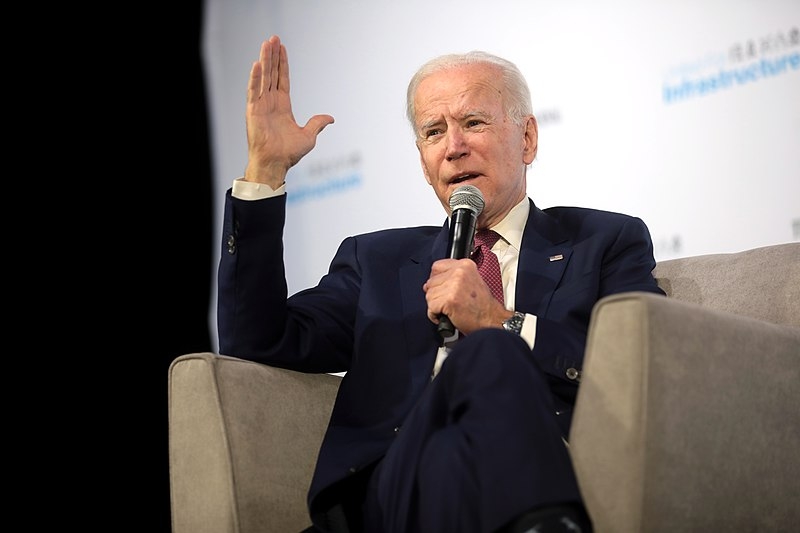 The death of George Floyd became the catalyst of the ongoing Black Lives Matter protests against the systemized racism not just in the United States, but all over the world. Former vice president addressed Floyd’s family in a video message played during the funeral proceedings, speaking to his six-year-old daughter Gianna and offering words of hope and comfort.

CNBC reports that Biden’s heartfelt five-minute message to Floyd’s family was played during the funeral at Houston, Texas on Tuesday. The former vice president related his own experiences with loss as well as he was addressing Gianna, recalling his meeting with the family the day prior to the funeral. Biden did not attend the funeral itself, according to the family’s attorney Benjamin Crump, as he did not want to turn it into a “political spectacle” and spoke to the family over the phone before their meeting, to which George Floyd’s brother Philonise Floyd, recalled as a good conversation.

“And I know you have a lot of questions that no child should have to ask, questions that too many black children have had to ask for generations. ‘Why? Why is Daddy gone?’ In looking through your eyes, we should all be asking ourselves why the answer is often too cruel and painful,” said Biden, towards Gianna.

The former vice president then turned to the rest of Floyd’s family, encouraging them to turn their grief into a purpose to call for change. “For most people, the numbness you feel now will slowly turn, day after day, season after season, into purpose through the memory of the one they lost.”

Biden has since called for reforms to be made that would target the systemic racism that is still prevalent today. Previously, during his speech at Philadelphia, Biden also accused President Donald Trump of continuously sowing discord and divide among Americans as well as his handling of the protests that, although the majority were peaceful, several demonstrations escalated to heated altercations, including his highly-criticized photo op in front of a church.