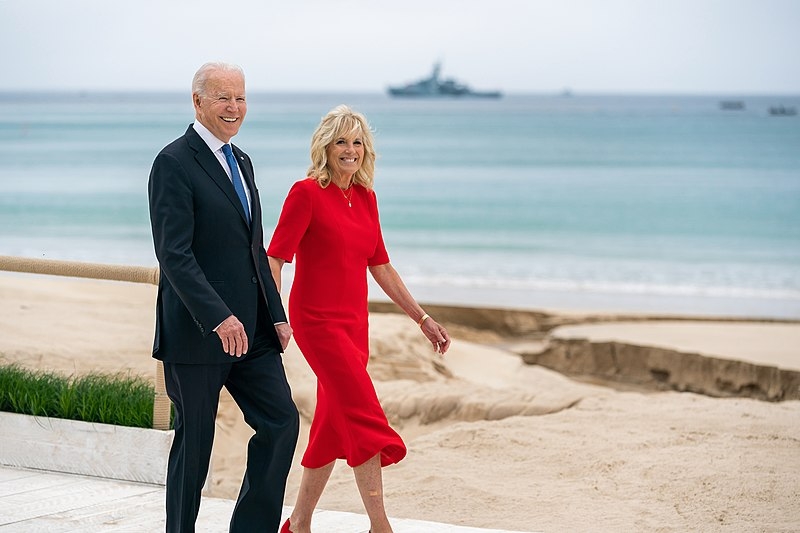 US President Joe Biden and first lady Dr. Jill Biden took some time out of their busy schedules to attend a family affair. The Bidens attended the wedding of the US leader’s nephew.

The Bidens attended the wedding of nephew Cuffe Owens to reality tv star Meghan O’Toole King Monday. Owens, who is reportedly a Los Angeles-based lawyer, is the son of Biden’s sister Valerie Biden Owens. Valerie Owens has played a significant part in the US leader’s political campaigns, including his two previous presidential bids in 1988 and 2008 and his successful 2020 campaign.

The wedding was not included in Biden’s public schedule, but the White House has described the event as a small family wedding in the home of Biden’s sister and brother-in-law in Pennsylvania.

King is known for being a part of the reality show “Real Housewives of Orange County.” At the time she was on the show, King was married to former Major League Baseball player Jim Edmonds from 2015 to 2018. Before her marriage to Edmonds, King was married to Brad McDill. Both ended in divorce.

Her relationship with Owens also appears to be fairly new. It is not clear when the pair began dating as well, as back in January, King announced on Instagram that she was dating a real estate investor Will Ross. However, King had only revealed that she was dating Owens on social media on September 25.

In other news, Biden is set to visit Connecticut on Friday this week, according to NBC Connecticut. Biden will be going to Hartford and Storrs as he promotes his Build Back Better agenda, the bulk of which is included in the $3.5 trillion budget resolution bill drafted by congressional Democrats. This comes as members of Biden’s party are still in the midst of internal conflicts over the proposal, which would need the support of all Democratic lawmakers in the Senate in order to pass.

The specifics of Biden’s visit to the state have yet to be disclosed.

“Hartford is honored to welcome President Joe Biden to Hartford this Friday,” said Hartford Mayor Luke Bronin in a statement. “We are coordinating with the State and the White House advance team, and we’re thrilled to have the opportunity to host the President in Hartford and to highlight what the Build Back Better legislation would mean for families here in Hartford and around the country.”