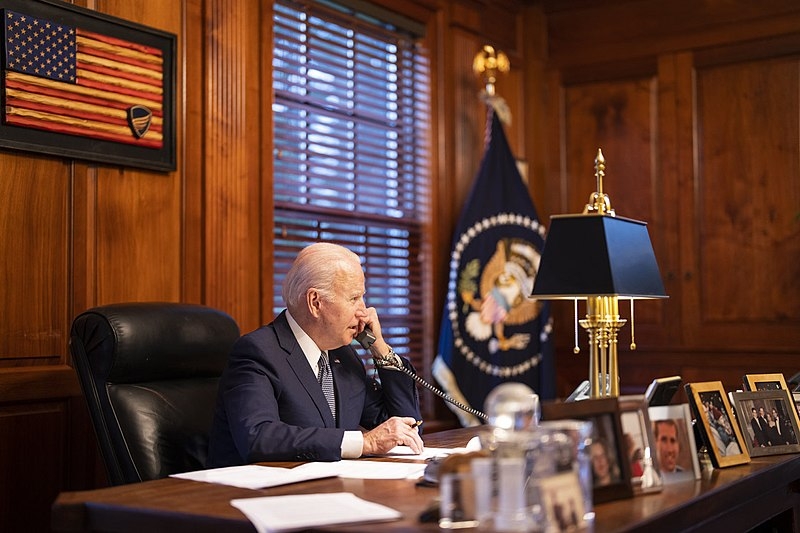 Nations are seeking to defuse tensions with Russia as the buildup of troops on its border with Ukraine remains. US President Joe Biden reiterated his warning to Russia against attempting to invade Ukraine.

During his press conference to mark his first year as president, Biden reiterated his warning to Russia against invading Ukraine. Biden explained that he does not believe Russian President Vladimir Putin wants a war with Ukraine. However, Biden said that Putin has created a situation that has become very difficult to de-escalate that can potentially go out of hand.

“My guess is he will move in. He has to do something,” said Biden during the conference.

Biden said that Putin may be planning to test the US and NATO with something short of an invasion, which would be met with less backlash from the US and its allies, including the organization.

“It’s one thing if it’s a minor incursion, and then we end up having a fight about what to do and not do, etcetera,” said the US leader.

Following backlash from Republican lawmakers, who accused the US leader of tacitly giving the green light to an attack by Russia, White House Press Secretary Jen Psaki clarified Biden’s comments.

“If any Russian military forces move across the Ukrainian border, that’s a renewed invasion, and it will be met with a swift, severe, and united response from the United States and our allies,” said Psaki. Psaki also cited Biden’s explanation in further explaining his comments, saying the Russians “have an extensive playbook of aggression short of military action, including cyberattacks and paramilitary tactics.”

In other related news, Biden issued a statement regarding the Senate’s vote against advancing the voting rights bills for a vote. Senate Republicans, including Democratic Senators Joe Manchin and Kyrsten Sinema, all opposed changing filibuster rules to advance the legislation. Biden expressed his disappointment towards the recent Senate vote but noted that he remains determined to keep fighting to pass voting rights legislation.

“In the face of those threats, I am profoundly disappointed that the United States Senate has failed to stand up for our democracy. I am disappointed – but not deterred,” said Biden.