Zooey Deschanel: Is she dating Jonathan Scott for career advancement? Here's the truth

‘Demon Slayer: Kimetsu no Yaiba’ season 2: Here's everything we know about the upcoming new installment 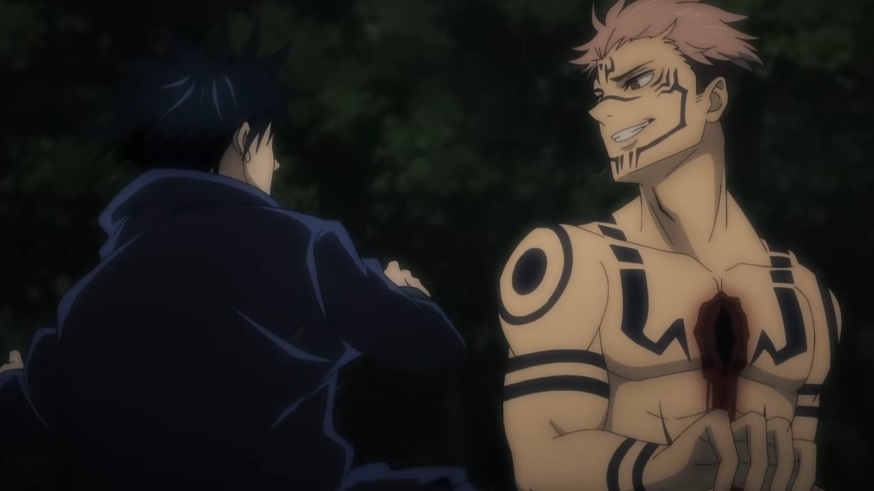 “Jujutsu Kaisen” episode 5 should pick up directly from the cliffhanger face-off between Megumi and Sukuna. With Sukuna taking over Yuji’s body, Megumi has no choice but to do what he can to stop the so-called King of Curses. In doing so, however, it means Yuji’s body is facing its demise.

The first year Jujutsu High students Yuji, Nobara, and Megumi were tasked to a high-level assignment where a Cursed Womb wreaked havoc in a detention facility, and it has led to some major developments in the plot. For one, the trio encountered the strongest Curse they have yet to fight to enroll in Jujutsu High. The anime also debuted Sukuna’s Malevolent Shrine leading to the main protagonist agreeing to “help” Yuji against the special-grade Curse.

However, fans saw Sukuna tricking Yuji as the latter figured he can no longer take back his body. Megumi is now left with the task of stopping Sukuna at any cost before he does some irreparable damage. And that would also mean the death of Yuji in “Jujutsu Kaisen” episode 5.

Based on the next manga chapters in this arc, “Jujutsu Kaisen” episode 5 should also show Gojo realizing that the mission his students were given was a set-up. He confronts Ijichi about it as they wait for the arrival of Yuji’s corpse. The school assistant director will then admit to being pressured by the higher-ups to carry out the execution orders of Yuji.

It is also possible for “Jujutsu Kaisen” episode 5 to feature the scenes where Gojo reveals his “dream” of changing the jujutsu world. Since he cannot just kill the higher-ups to eliminate the prejudice in their world, he hopes to change the system by gathering strong and intelligent allies referring to the current students of Jujutsu High.

“Jujutsu Kaisen” episode 5 should mark the end of this brief arc and lead to Gojo’s next project for the students that will pave the way for them to acquire new skills. The episode will air on Saturday, Oct. 31 with a simulcast on Crunchyroll.