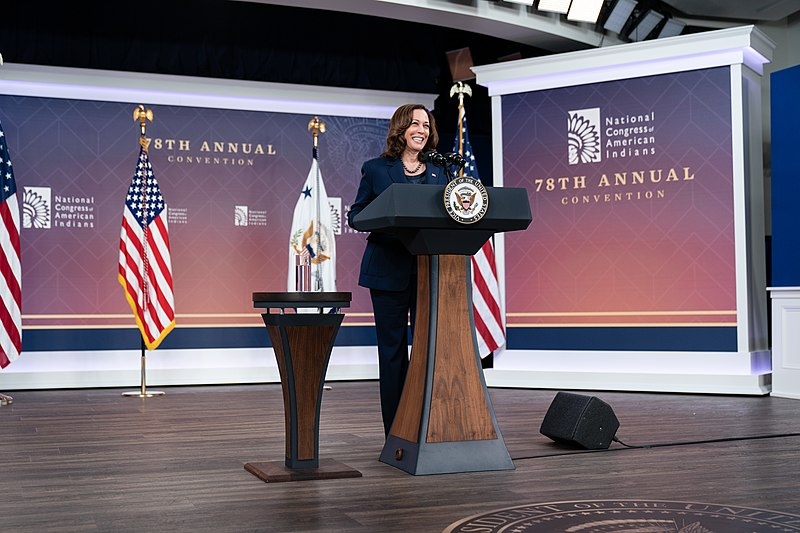 US Vice President Kamala Harris spoke out against the recent hostage-taking that occurred at a synagogue in Texas. Harris condemned the attack and reiterated the need to combat antisemitism.

Over the weekend, Harris issued a statement commenting on the hostage-taking that took place in a synagogue in Coleyville, Texas. Four people were kept hostage for more than 10 hours. The hostages were ultimately set free, and law enforcement apprehended the hostage-taker.

Harris affirmed the support for the Congregation Beth Israel community and the entire Jewish community in her statement. Harris also thanked the authorities for responding to the incident.

“This morning, we are grateful that four people held hostage in a synagogue in Coleyville, Texas are safe and going home to their families. We thank the brave men and women in federal, state, and law enforcement, and we stand in solidarity with the Congregation Beth Israel community and the entire Jewish community. While we will learn more about the hostage taker’s motivation, we know this: What happened yesterday at Congregation Beth Israel is a reminder that we must speak up and combat antisemitism and hate wherever it exists. Everyone has a right to pray, work, study, and spend time with loved ones not as the other – but as us,” said Harris in the statement.

In other related news, Harris reiterated the importance of passing voting rights legislation in her remarks in honor of Martin Luther King day. Harris delivered remarks from Washington at an event hosted by the Ebenezer Baptist Church in Atlanta, Georgia, and called for the Senate to pass the Freedom to Vote Act and the John Lewis Voting Rights Advancement Act.

Harris’s speech follows a week in which two Democratic Senators, Joe Manchin, and Kyrsten Sinema, reiterated their stance of refusing to carve out or bypass the filibuster in order to get voting rights legislation passed. Senate Republicans have also unanimously opposed the voting rights bills and have blocked debate on the bills four times through the filibuster.

“We must not give up and we must not give in. To truly honor the legacy of the man we celebrate today, we must continue the fight for the freedom to vote, for freedom for all,” said Harris.