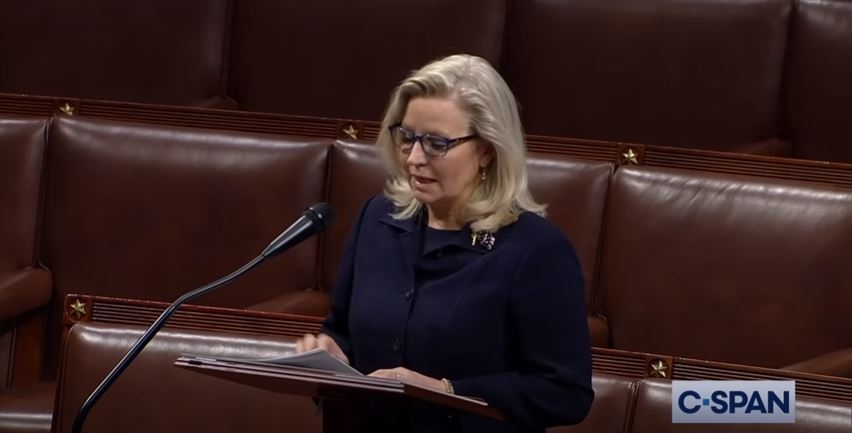 Wyoming Rep. Liz Cheney is currently the target of former President Donald Trump and the pro-Trump Republicans in Congress. As Trump floats a possible 2024 presidential run, Cheney did not rule out a possible bid only to thwart the former president in a recent interview.

In an interview with the Today Show on NBC, Cheney was pressed three times on whether she would launch her own presidential bid to obstruct the former president’s possible plan for 2024. While she did not directly say that she would, she did not dismiss the suggestion. The Wyoming Congresswoman, however, said that the former president’s hold on the Republican party is one of the biggest issues in the country today.

The interview also comes as Cheney was ousted from her leadership position in the House GOP caucus this week. Cheney was among the 10 House Republicans who voted to impeach Trump for his incitement of the January 6 insurrection. Even as she faced backlash from Republicans loyal to the former president, Cheney doubled down on her criticism of Trump ever since, criticizing the former president for continuing to push his false election fraud claims.

“Right now, I’m very focused on making sure that our party becomes again a party that stands for truth and stands for fundamental principles that are conservative and mostly stands for the constitution, and I won’t let a former president or anyone else unravel the democracy,” said Cheney.

Should Cheney launch a 2024 presidential bid, she may still be facing challenges knowing that majority of Republicans or Conservatives are still staunchly supporting Trump. However, her bid may also work to disrupt the former president from making the GOP nomination by that time.

Prior to the vote made by the House GOP against Cheney, she has the support of Iowa Republican Senator Joni Ernst. Ernst defended Cheney, saying that the Republican party should not silence members whose opinions are in contrast, which is the very thing they have criticized Democrats for doing. Ernst added that the GOP should be focused on winning back majorities in 2022 instead.