Three-fourths of S. Korean firms not eager to hire in H2: poll 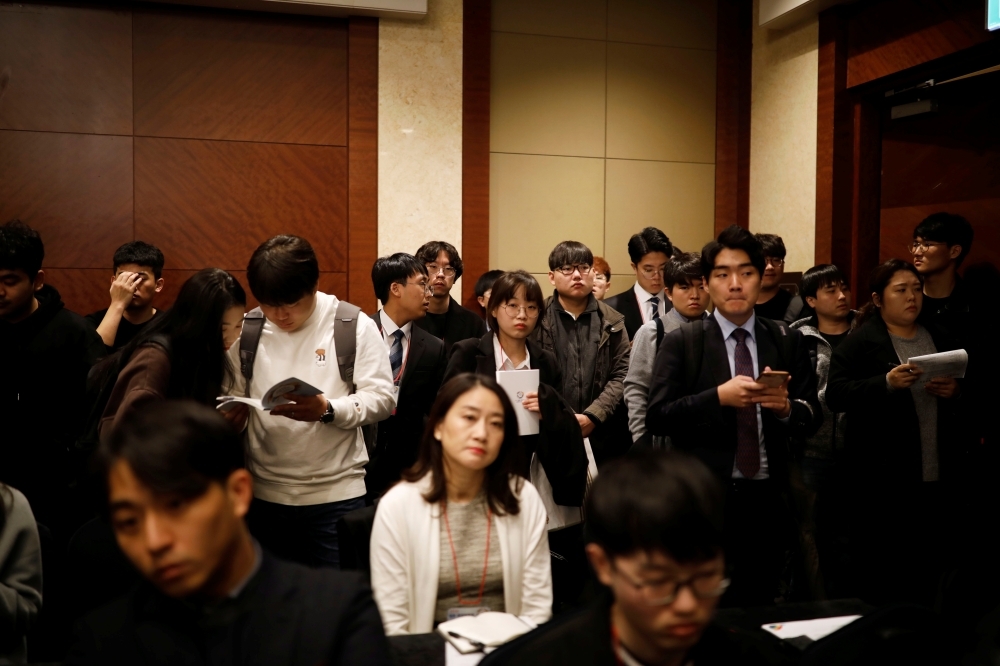 Half of the 120 companies that responded to the survey said they have not set hiring plans, while 24.2 percent said they will not offer jobs.

Three-fourths of South Korea's large companies either don't have plans to hire or have not confirmed their recruiting scheme for the second half of the year, based on a survey by the Korea Economic Research Institute (KERI).

Half of the 120 companies that responded to the survey said they have not set hiring plans, while 24.2 percent said they will not offer jobs.

In the first half of the year, 41.3 percent of the firms replied either that they would not open jobs or have not confirmed hiring plans.

Of the companies that have recruiting plans for the second half of 2020, only 22.6 percent plan to hire more people.

Nearly 70 percent blamed the pandemic for its inability to offer more jobs in the second half.

Over 19 percent have adopted a remote hiring system, while 35 percent are considering alternatives using such an online recruiting system.