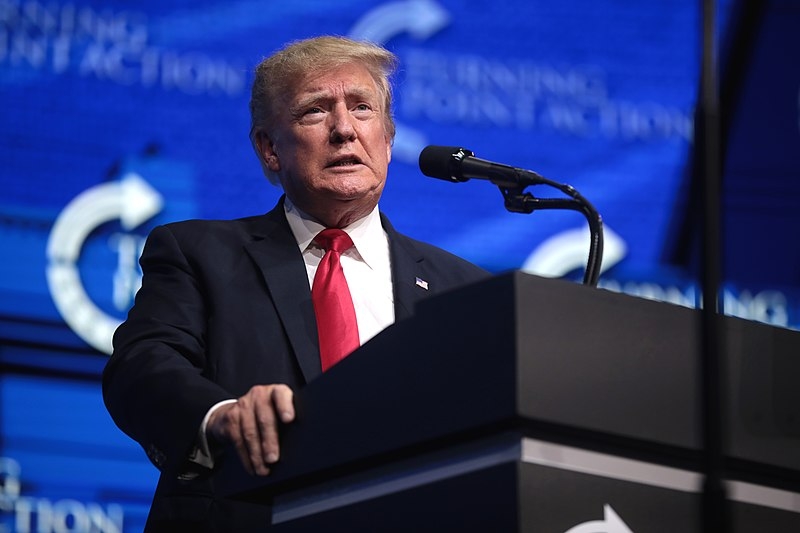 This week, former President Donald Trump filed a lawsuit against his niece Mary Trump and the New York Times. Ms. Trump appeared to shrug the latest lawsuit against her by her uncle, saying that this is the norm within the Trump family.

Speaking with host Charles Blow in an interview Tuesday, Ms. Trump commented on the latest lawsuit filed against her by her twice-impeached uncle. Trump filed the lawsuit this week, claiming that his niece and the New York Times conspired to obtain his financial records. Ms. Trump said that no one in her uncle’s immediate family talked to her about the lawsuit.

“I think their way of communicating with people they disagree with is to sue them,” said Ms. Trump. “And that’s exactly what they did.”

Ms. Trump also cited the previous lawsuit filed against her by her uncle to keep her from releasing her first tell-all book about their family. Ms. Trump later sued her uncle’s family, accusing them of committing fraud against her.

“I guess this is how the Trump family communicates when they’re not getting along. We trade lawsuits. The difference being, I think mine has some merit,” said Ms. Trump.

In another interview, Ms. Trump also explained why she thinks her cousin Donald Trump Jr. is not the brightest among the former president’s children. Ms. Trump shared how her uncle made the same mistakes as her grandfather Fred Trump when it came to the upbringing of his children. Ms. Trump shared how her father, Fred Trump Jr., was initially the heir of the family business, only for Fred Jr. to leave and pursue his interest in flying, leading her uncle to become the heir.

Ms. Trump explained that, like her grandfather, Trump elevated his eldest daughter Ivanka Trump instead of his namesake Don Jr. in the family business. This was partly because Don Jr. was the least intelligent of Trump’s three eldest children.

“Donnie is weak in a different way,” shared Ms. Trump about her cousin, comparing it to the situation with her father. “He had no intention of striking out on his own. He had no intention of doing anything but sucking up and toeing the line and the problem is -- one of the problems is -- and who knows how this happens -- but kind of the same problem that happened to him happened to my dad. My grandfather for whatever reason, didn’t like my father and saw something in his sibling Donald and the only thing that’s weird is that Donald did the same thing but with Ivanka.”