Gwen Stefani stormed out of the house as Blake Shelton failed to propose: Rumor

‘Boruto’ chapter 51: Why the Jougan may not be activated just yet

Carrie Underwood and Mike Fisher are divorcing? Here's the truth 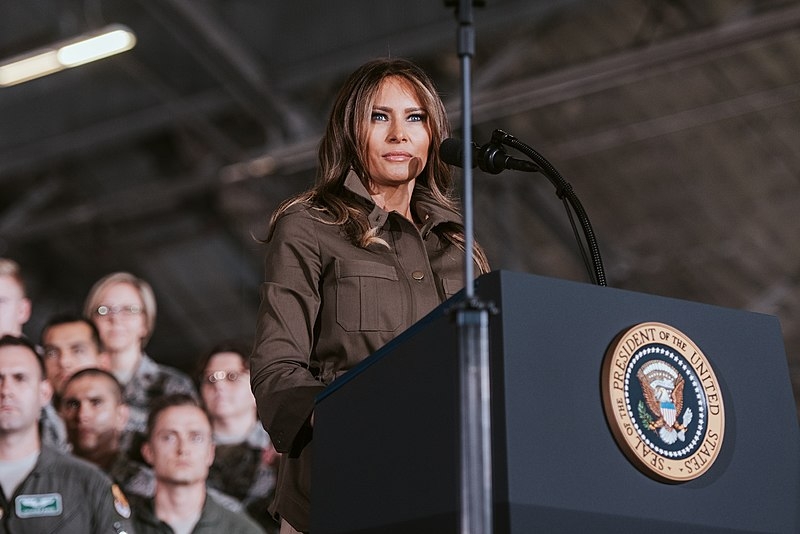 Previously, a statue of first lady Melania Trump in her home country of Slovenia was set on fire. Months later, the artist behind the first statue has created a new one, and recently explained the meaning behind the new depiction of Melania.

Artist Brad Downey recently unveiled his bronze depiction of Melania Trump in her home country, replacing the previous one. Downey, who hails from Kentucky but is now based in Berlin, explained the inspiration behind his new creation. Downey revealed that his new work of the first lady was a representation of his frustrations in the policies being upheld during her husband Donald Trump’s presidency.

“On the one hand we have people being held in cages on the US border with Mexico, on the other, in what is to me a clear contradiction, we have a first lady who is the first ever for whom English is not her mother tongue, whose US citizenship was fast-tracked on a visa reserved for immigrants with extraordinary ability. At the same time, her husband is xenophobic, anti-Islamic. I felt I could isolate this contradiction and make a portrait of it,” explained Downey.

Downey created the bronze statue during the lockdown, which forced him to stay in Slovenia. The statue was only recently unveiled to the public. The spokesman for Sevnica, Melania’s hometown, expressed their disapproval to the statue, saying that the depiction of the first lady does not align with the town’s “values of cultivating feelings of respect to our fellow human beings.”

Meanwhile, Melania’s husband’s remarks during his weekend campaign rally sent social media into a buzz, with Trump being mocked for seemingly forgetting Melania’s name and instead referring to her as first lady. Clips of his remarks during the said rally, where he also learned of Justice Ruth Bader Ginsburg’s passing, circulated online. During the rally, Trump also criticized the use of wind power over fossil fuels, saying he’d rather use fossil fuels to power his television.

This was criticized and mocked by users, with one commenter noting the toll climate change is taking on not just in the country but in the world. Others questioned if Trump knew how electricity is produced to power a television.